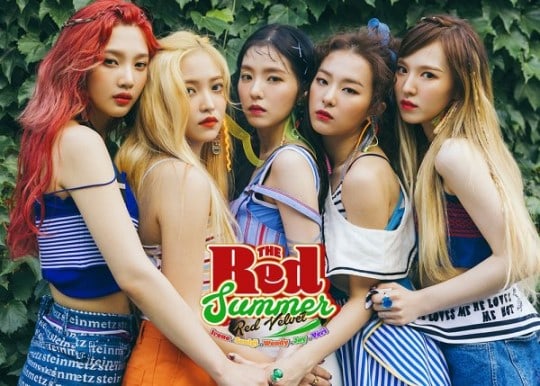 Red Velvet will be visiting Twitter’s Blue Room for a special event with fans.

Twitter Korea revealed that they will be holding a live Q&A with Red Velvet on July 9 to commemorate the opening of their official Twitter account, as well as their upcoming comeback as this year’s “Summer queens.”

The event was prepared to give Red Velvet’s fans the chance to connect with the girl group for the release of their “The Red Summer” mini-album. Irene, Seulgi, and Yeri will be joining the live Q&A, which will be held for one hour from 4 p.m. KST on July 9 on Red Velvet’s Twitter account.

Anyone can participate, and fans can leave questions for Red Velvet with the hashtags “#RV_QNA #RedFlavor.” The three members will be directly answering questions through their account, and the entire event will be streamed live on Periscope. Fans will be able to watch Red Velvet as they pick which questions to answer and read responses from fans.

Red Velvet’s “The Red Summer” will be released online at noon KST on July 9, while the physical copies are set to be out on July 10. The mini album will feature five tracks, including the title song “Red Flavor.”