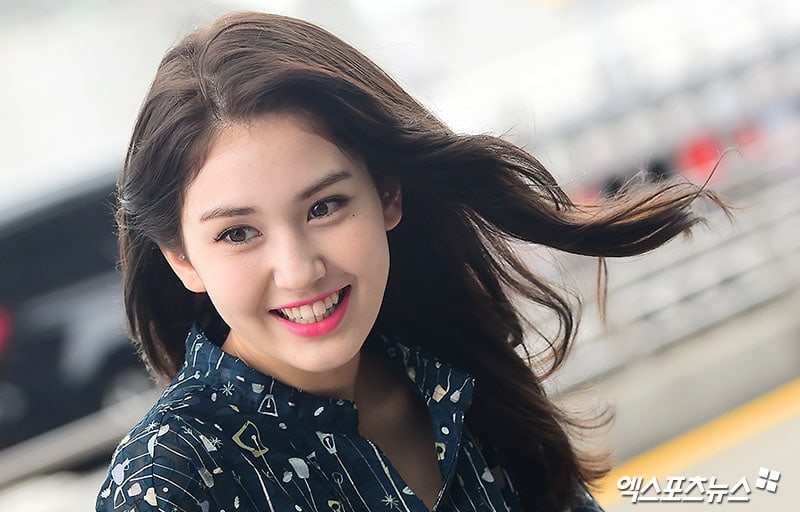 Jeon Somi Shares Advice For Wanna One, Talks About Difficult Time On “Produce 101,” And More

Jeon Somi recently sat down for an interview and shared an update with fans, as well as talked about some of her recent experiences.

The sixteen-year-old JYP Entertainment artist has made a name for herself through her promotions with temporary girl group I.O.I, competition shows “Sixteen” and “Produce 101 Season 1,” variety shows “Sister’s Slam Dunk Season 2” and “Idol Drama Operation Team,” and more.

During her recent interview, she was asked to let fans know what she’s been up to lately. “After the end of I.O.I’s promotions, I’ve been spending time improving my skills,” she replied. “After school, I tend to go to the agency to practice or do something that’s on my schedule.”

Jeon Somi also shared that because her high school is an arts school, she has a lot of friends who play music, so they’ll have fun together talking about music or playing instruments together.

When asked if she still meets up with her fellow members of “Sister’s Slam Dunk Season 2,” Jeon Somi replied, “Yes, we do sometimes. Recently the members all went to Kang Ye Won’s exhibition to support her, and ate dinner together. I also went to see a concert with Hong Jin Young and Gong Minzy. I’m so happy that we’re all close.”

While talking about her experiences on “Sister’s Slam Dunk Season 2,” it was mentioned to Jeon Somi that it must have been helpful for their project girl group Unnies to have former 2NE1 member Gong Minzy in the group.

“I first dreamed of being a singer because of 2NE1,” she responded. “I never imagined that I’d become friends with Gong Minzy. I think getting to know her will always be one of the most memorable things in my life.”

As Jeon Somi talked about how she had cried at the recent finale of “Produce 101 Season 2,” she mentioned that the male contestants hadn’t cried as much she had during the finale of her own season of the show.

When the interviewer said she must have had a hard time, Jeon Somi replied, “I think maybe some things were more intense because it was the first season. It was like a boot camp, it was really difficult. When we first filmed, it was so strenuous that I wanted to escape and go home.” However, she added that she has no regrets about being on the show.

Jeon Somi also shared some advice for upcoming boy group Wanna One, which was formed through “Produce 101 Season 2.” She said, “I want to tell them to love each other a lot and take care of each other.”

The young artist also sent a message to her fans who are awaiting her official debut. “Thank you for supporting me a lot and waiting,” she said. “I’m sorry, but I hope you will continue to wait. There’s still a lot I want to show you and do, so please keep supporting me.”