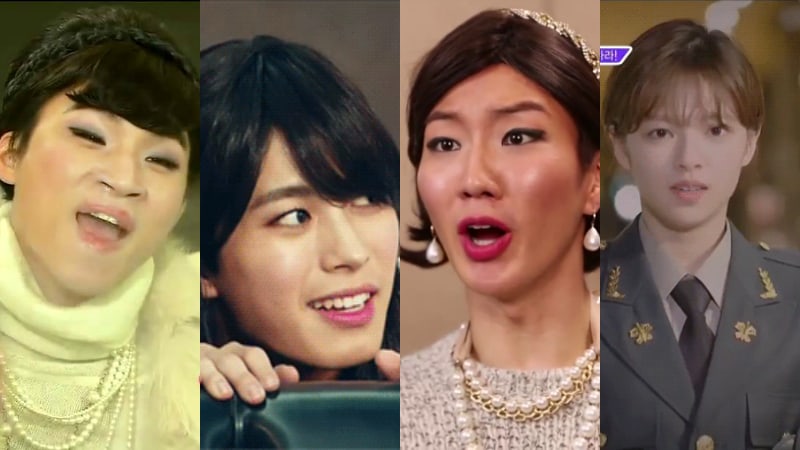 If you are a fan of both K-pop artists and K-dramas, you know very well that drama parodies are a blessing. You get to see your beloved idols in the most epic roles and relive the stories of your favorite shows, all the while laughing at the hilarious jokes they make.

Get ready for a good amount of laugh-out-loud moments, as these drama parodies are beyond ridiculous!

BIGBANG is known for their priceless parodies, and we’ve had more than one opportunity to enjoy their acting; they reenacted iconic series like “Boys Over Flowers,” “Beethoven Virus,” and “Coffee Prince,” but their most memorable performance was Secret BIGBANG. The five boys’ version of “Secret Garden” features the love story of “G Raim” (G-Dragon) and “Kim Joo Top” (T.O.P), colored with ridiculous outfits, plus Daesung’s classic “SMELL!”

Catch the first episode of “Secret Garden” below:

Although 2PM’s drama parodies are a few years old now, their humor is still on point! This rendition of the successful 2009 TV series gives a new plot twist to the original story. If you want to know whether Wooyoung is a girl or a boy, you need to give this parody a watch! And if you can’t get enough of 2PM, they also shot a remake of “Cinderella Sister”!

SHINee members were always known for their amazing variety skills, and they get to shine in this super short parody of the 2008 drama “Beethoven Virus.” If you ever had trouble picturing SHINee as a classical orchestra, wait no more and watch Key, the maestro, ordering the others around!

Catch the first episode of “Beethoven Virus” below:

WINNER’s ability to be entertaining and extremely funny is shown in this goofy parody of famous drama “Heirs.” It’s just so hard to choose your favorite character: Seungyoon portrays a perfect charismatic man, Mino is a cold, but lovable city guy, and both Taehyun and Jinwoo play their female roles amazingly. However, we gotta give credit to Seunghoon’s “ahjumma,” because it’s simply amusing to watch.

VIXX might have been a little late to join the drama parody craziness, but it was worth the wait! The chemistry between our cartoon hero “Nchul” (N) and beautiful heroine “Lee Hongju” (Hongbin) is easy to recognize. Plus, we finally got a chance to see more of Leo’s infamous drawing skills. Will the webtoon characters come alive? Find out in the video below!

It was one thing to see L in the drama “Shut Up: Flower Boy Band,” but it’s even more entertaining to watch all seven members of INFINITE reenacting the show. Filled with tons of inside jokes, this parody shows us the story of two rival high school bands, and it’s impossible to resist the charms of these boys.

Catch the first episode of “Shut Up: Flower Boy Band” below:

Teen Top members are not afraid to show their crazy antics! Their rendition of “She Was Pretty” will put a huge smile on your face, as they embody the characters of the 2015 rom-com series in the most humorous ways possible. It’s good to keep an eye on Chunji, as he plays more than one role. Not only is he a customer and an employee, but he’s also the OST singer!

This one’s an oldie, but a goodie! Super Junior is known for the members’ outstanding comedy skills, and they don’t disappoint with this parody, either. Eunhyuk, Leeteuk, and Shindong are all hilarious in their roles, and the whole thing makes us want to watch “Coffee Prince” all over again.

A lot of groups reenacted the most emblematic scenes of “Boys Over Flowers,” but B1A4’s version became a 30-minute long, full parody. Sandeul’s adventures with the legendary members of the A4 club are ludicrous, just like Baro’s perm!

It’s always a pleasure to see anything connected to “Descendants of the Sun,” and the TWICE girls made the most of it! Their parody is sweet yet exceptionally funny, and it’s refreshing to see Tzuyu, Dahyun, Chaeyoung, and Jeongyeon as actresses for once.

What are your favorite K-pop/K-drama crossover moments? Who do you want to act in a drama parody next? Let us know in the comments below!