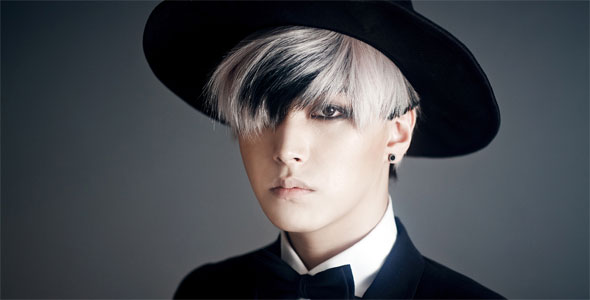 Super Junior’s Sungmin has decided to indirectly address the various rumors surrounding him. He recently apologized and withdrew from Super Junior’s upcoming album, and cancelled his appearance in SMTOWN’s concerts, due to fan boycotts against him.

On July 10, Sungmin took to his personal Instagram account to post a link to an article that addresses the five biggest rumors about him. The rumors and explanations are as follows:

Rumor 1: The first rumor was that Sungmin blacklisted the term “Korean fan” from his personal blog, blocking Korean fans from communicating with him.

Explanation: The argument against this is that the idol never blocked Korean fans from his blog and he doesn’t even know how to blacklist words from his blog. He simply deleted a few malicious comments that happened to be written by Korean fans. Seeing these comments being deleted, some fans began spreading the rumor that Sungmin had blacklisted the term “Korean fan” from his blog.

Rumor 2: Sungmin asked a fan to create a celebratory video for him to use during his marriage to Kim Sa Eun in December 2014. Thus, the singer was accused of asking fans to create videos for personal purposes.

Explanation: Sungmin did not ask the fan to edit the video but simply asked for the full video. Fans often gift their favorite artists with videos of their concerts for purposes like monitoring their performances. Sungmin asked the fan for permission in advance before he used the video. The fan in question was a Chinese fan and they happily allowed him to use the full version of the video. Sungmin edited the video himself for his wedding. Therefore, he never asked the fan to edit the video for him. There were two videos that were used in his wedding, and one was created by him and the other was created by fellow Super Junior member Shindong.

Rumor 3: Sungmin asked Leeteuk if he could get married while Leeteuk was mourning his father’s death. In January 2014, Super Junior’s leader Leeteuk lost his father, and the rumors say that Sungmin approached him and kept asking him if he would give his blessings to Sungmin’s marriage to Kim Sa Eun.

Explanation: Sungmin went to the funeral parlor to comfort Leeteuk, but did not bring up anything about getting married. Leeteuk lost his father in early January, and Sungmin first brought up his plans to get married around five months later to the other members of Super Junior. The dates don’t match up.

Rumor 4: After announcing his plans to get married, Sungmin did not fully commit to Super Junior’s group activities. Rumors spread that instead of focusing on rehearsing and preparing for Super Junior’s Japanese tour, Sungmin instead enjoyed public dates with Kim Sa Eun. Rumors also claimed that he set his wedding date on the same day that he first met Kim Sa Eun, despite conflicting concert dates.

Explanation: Sungmin has never skipped a rehearsal or missed a concert because of his wedding plans. He fully committed to all of the rehearsal hours and concerts that were scheduled. The date that Sungmin and Kim Sa Eun first met and the date they got married are not the same.

Explanation: Sungmin wanted to communicate with fans as soon as he could, but he was obligated to work with other involved parties, including his agency, to decide on the method and contents of his official announcement. It was during this process that the news articles were published before he could get an announcement out.

Since the controversy first began, Sungmin has apologized to fans on his Instagram account and announced plans that he would not be participating in the upcoming Super Junior album. His agency, Label SJ, has also released an official statement regarding the matter.

Four members of Super Junior recently participated in SMTOWN’s Seoul concerts and spoke up about recent events as well.

Thanks to orionight for the tip!