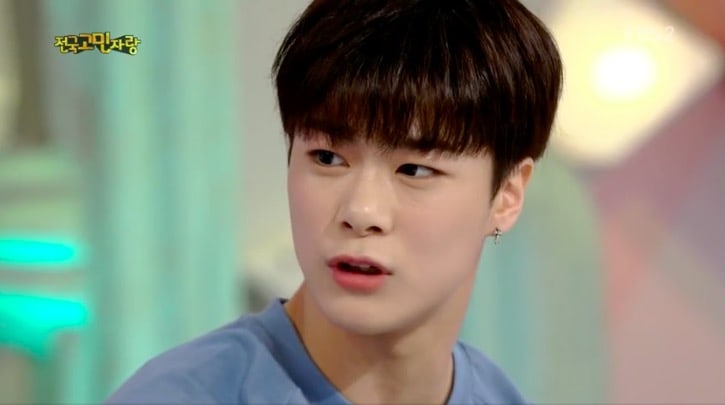 While appearing on KBS2 advice show “Hello Counselor,” ASTRO member Moonbin shared the story of his surprising personal history with the show!

“Hello Counselor” is a show in which a panel of hosts and celebrity guests give advice to people who have sent in stories about their concerns. The stories are often about a family member, colleague, or partner, who comes along to sit in the audience and answer questions from the hosts and guests after the person with the concern first tells their story.

On June 10’s episode of the show, ASTRO’s Moonbin and Cha Eun Woo were two of the celebrity guests.

During the opening of the show, host Shin Dong Yup said to Moonbin, “I was really surprised today when our crew told me something. Moonbin’s mother actually sent in a story to ‘Hello Counselor’ because of him!”

Moonbin explained that he was really surprised when he had first got a call from the show about the story. “I tend to be taciturn, so my mom said to me, ‘I’m going to send a story to ‘Hello Counselor’!” And then she actually did.”

When it was suggested by a host that she may have submitted the story to try to get Moonbin’s name out there, Moonbin burst out laughing. “It wasn’t that,” he replied. “It was also because I sleep a lot.” 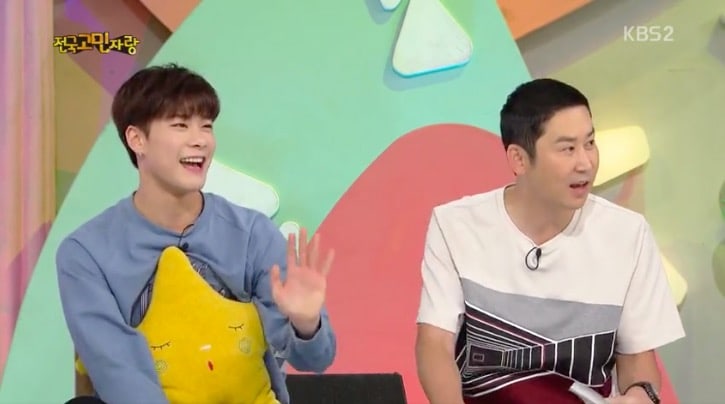 Choi Tae Joon was surprised, and asked Moonbin how much he sleeps if his mother would send a letter to “Hello Counselor” about it.

Cha Eun Woo explained, “If you try to wake him up, he really won’t. It can take over an hour to wake him.”

“He’ll also fall asleep on the bus or the subway like this,” he added, while imitating Moonbin dozing. 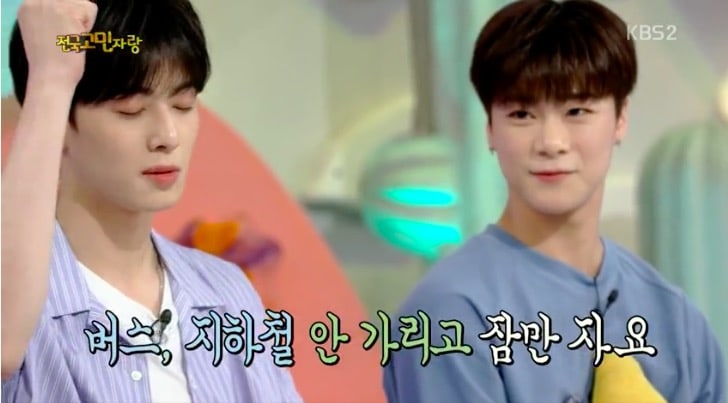 Watch more of Moonbin and Cha Eun Woo on this week’s episode of “Hello Counselor”!