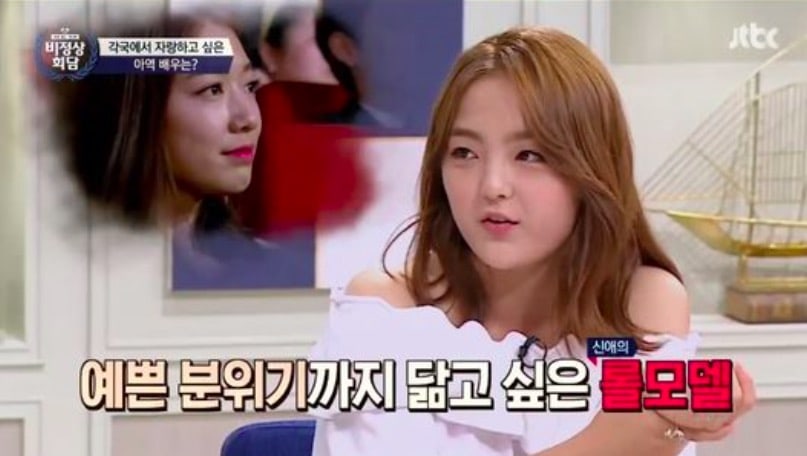 On the July 10 broadcast of JTBC’s “Abnormal Summit,” Seo Shin Ae was asked whether she had a role model.

She chose Park Shin Hye and said, “I look up to her image and her natural acting. I also think she has a very pretty aura.” 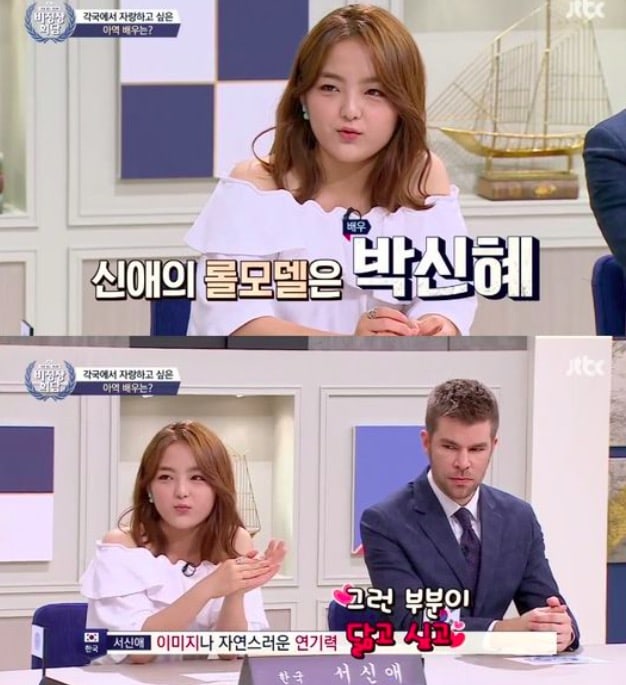