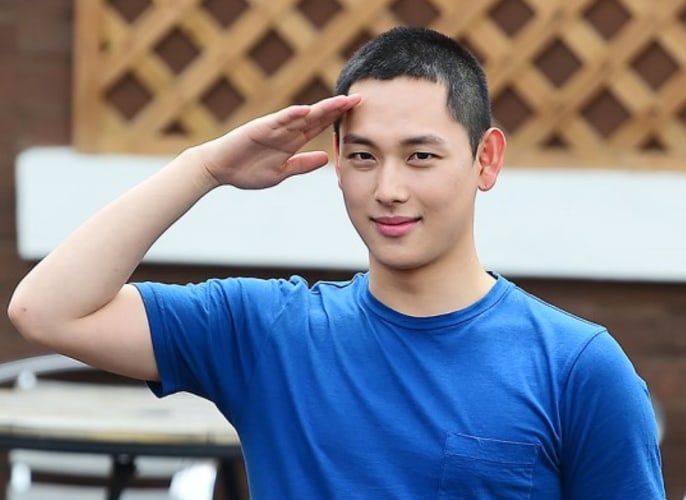 Im Siwan Bids Farewell And Enlists In The Military

Im Siwan gave a short farewell to fans on July 11 prior to his official enlistment in the military.

The actor’s new military buzz cut was met by loud cheers from fans, and he gave a salute in response.

Im Siwan said, “Enlisting feels like I’m finally doing homework that I’ve been putting off for a while. I’ll do my best.” When asked about his fellow ZE:A members sending him off, he said, “Kwanghee came out on leave [from the military] and told me to do well.”

After saying goodbye to fans, Im Siwan entered a recruit training center. Once he finishes basic training, he will officially begin serving as an active duty soldier.

Im Siwan’s new drama, “The King Loves,” airs next week on July 17. Watch it on Viki!

Im Siwan
XPN
How does this article make you feel?