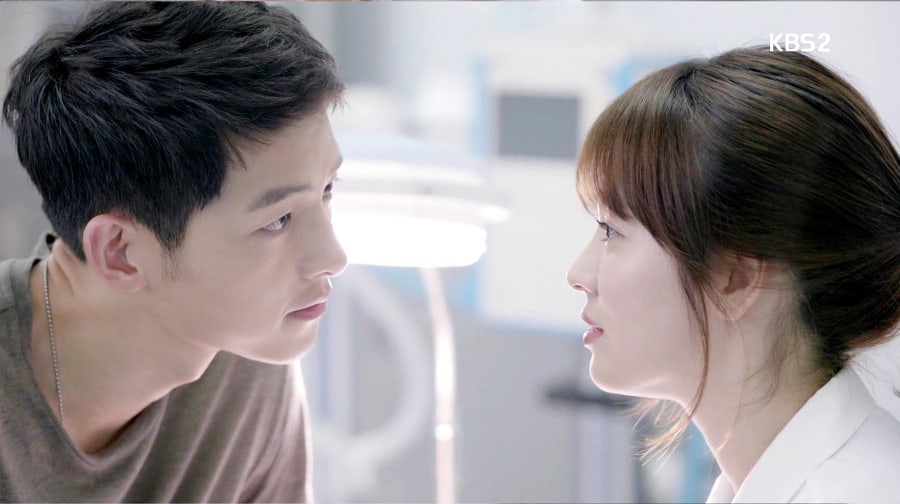 A source from the production of “Hanbam TV” shared, “Song Joong Ki stood confidently in front of reporters without hesitation. Despite the fact that this was his first interview after his wedding announcement, Song Joong Ki did not falter at all and was bright the whole time.”

The source continued, “As the interview was taking place while it was raining, Song Joong Ki asked the reporters, ‘It must be difficult because of the rain. Are you all okay?'” 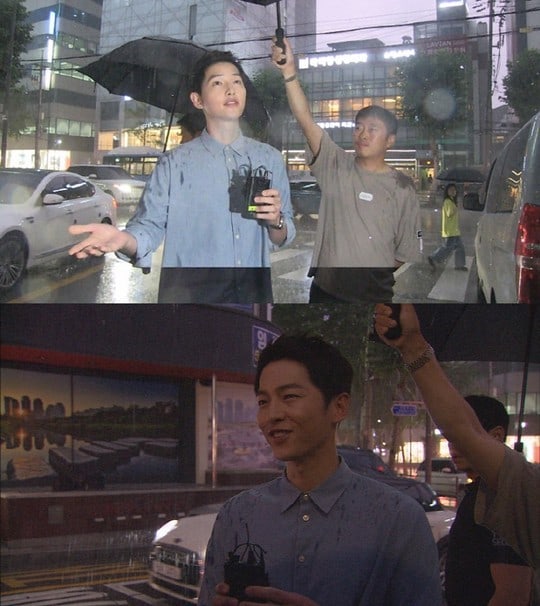 During the interview, Song Joong Ki answers questions regarding Song Hye Kyo and even reveals the nicknames they have for one another currently, although he added that they plan on thinking more carefully about nicknames for one another after getting married.

Furthermore, the actor revealed that he and Song Hye Kyo were good influences on one another and made each other better people. Song Joong Ki also shared that Song Hye Kyo’s “calm, poised demeanor and compassion” were her greatest strengths.

Meanwhile, “Heard It Through The Grapevine” revealed which popular actor played a significant role in Song Joong Ki and Song Hye Kyo’s love story. Plus, Song Joong Ki’s father sat down to discuss his son’s upcoming marriage to the actress.