MBC’s new Monday-Tuesday drama “The King Loves” is nearing its air date, and the drama’s producers have revealed more stills of Im Siwan!

“The King Loves” is a pre-produced drama based on a novel of the same name. It is a historical melodrama written by Song Ji Na and directed by Kim Sang Hyup. Starring actors include Im Siwan, Girls’ Generation’s YoonA, Hong Jong Hyun, Oh Min Suk, Jung Bo Suk, Jang Young Nam, and more.

Im Siwan takes on the role of Goryeo’s crown prince Wang Won. Behind his beauty and virtue, he hides a twisted desire for domination. While he smiles with soft eyes in one of the images, he shows his charismatic confidence in another. 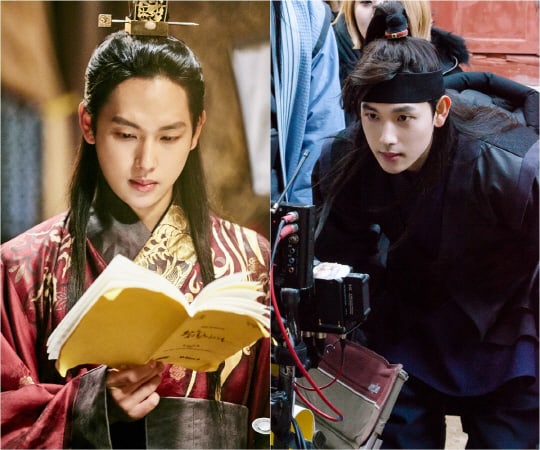 In other previously released stills, he is working hard at memorizing his script and monitoring his scenes.