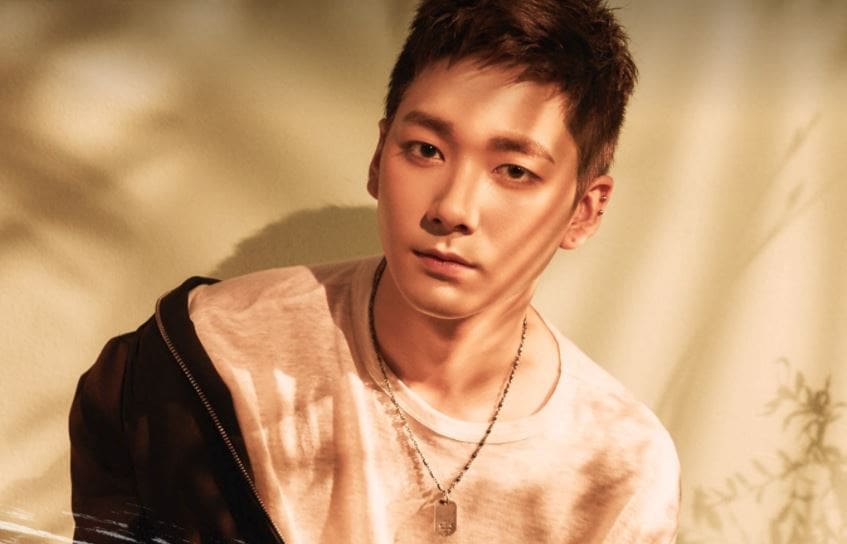 On July 11, NU’EST’s Aron and JR (Kim Jong Hyun) held a V Live broadcast to talk about various topics like “Produce 101 Season 2” and what Aron had been up to. 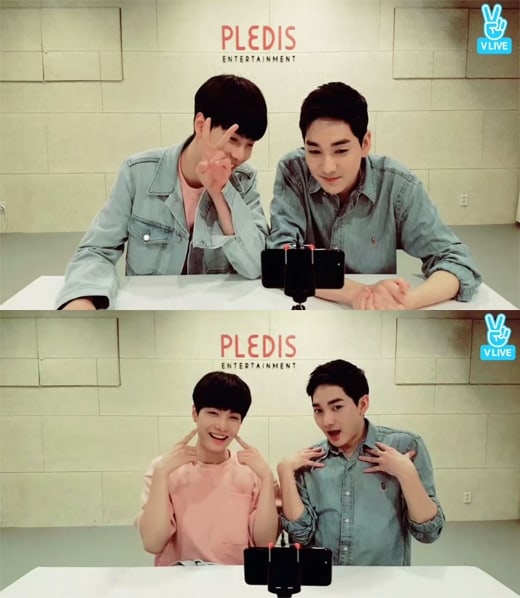 Aron said, “While the other members were appearing on the show, I made sure to watch it. When the members returned, I hugged them like this and told them they had worked hard. I cheered them on really hard.”

When JR asked, “Who were your two picks?” as voting was limited to two trainees per day for the final round, Aron replied, “All four of you were my picks. So when I could only vote for two, I didn’t vote.”

Then fans asked about the recent incident in which Aron was spotted wearing a knit sweater during the summer when he went to watch the “Produce 101 Season 2” finale concert. Fans had found that the sweater was Minhyun’s, making it a greater mystery as to why Aron was wearing it.

Aron hilariously clarified, “At that time, I hadn’t done my laundry so I had no clothes. There were clothes randomly sprawled out at our dorms, and one of those was Minhyun’s knit sweater, so I wore it.”

NU'EST
Kim Jonghyeon
Aron
How does this article make you feel?