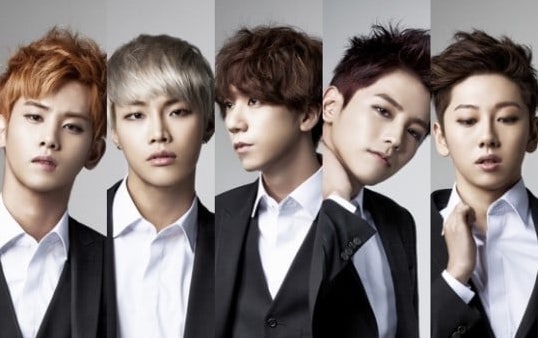 Recently, many fans have expressed their concerns that HOTSHOT’s agency is forcing the group into a hasty comeback after “Produce 101 Season 2.” HOTSHOT member Noh Tae Hyun gained many fans and plenty of recognition for his talent while appearing as a contestant on the show, while Ha Sung Woon will not be taking part in this comeback as he is promoting with the finalist group Wanna One.

Fans also pointed out that not only does the comeback seem rushed, but also that no teasers have been released ahead of their previously announced comeback date, which is only a few days away on July 15. In addition, their official social media channels have largely been silent.

In response to concern and criticism, Star Crew ENT (formerly known as KO Sound Entertainment and later Ardor & Able) explained that the group’s new album has been in preparation since the beginning of the year, and that the members’ opinions were taken into consideration as well.

The agency also went on to promise full support for Noh Tae Hyun to be active with the much loved, fan-imagined group JBJ that is composed of eliminated trainees from “Produce 101 Season 2.” It was not stated what form these activities might take.

The full statement reads as follows:

“Hello, this is HOTSHOT’s agency Star Crew ENT. First of all, we apologize for troubling fans, who have been anticipating a polished comeback, with the announcement of what many felt was a rushed decision.

“We are aware of [the fans’] passionate support for HOTSHOT and we are deeply thankful for it as well. After debuting in October 2014, the last official domestic promotion for HOTSHOT was in July 2015 with HOTSHOT’s repackaged album.

“HOTSHOT continued promotion overseas in China starting in October the same year, and officially debuted in Japan in April 2016. To be honest, as our company’s financial situation became worse due to external circumstances starting in July 2016, we tearfully downsized and many of our employees left the company. Due to this, we only had necessary staff left for music production, and lacked staff needed for marketing through social media, etc.

“Despite the company’s downsizing, we had worked on more than three songs for HOTSHOT’s 2017 comeback, and confirmed the group would return around June or July. During the album preparation, Ha Sung Woon and Noh Tae Hyun participated in ‘Produce 101 Season 2’ as trainees, and because of their hard work, they were able to do well. As you all know, Ha Sung Woon has become a member of Wanna One, and Noh Tae Hyun has returned to HOTSHOT.

“The new song for HOTSHOT is scheduled for release on July 15, which is why many of you question if this comeback is rushed, or if it reflected the opinions of the group’s members. As mentioned earlier, HOTSHOT had been diligently preparing for a domestic comeback after promotions in Japan by recording new songs and creating choreography during their spare time. This is why we were able to announce HOTSHOT’s comeback quickly after the end of ‘Produce 101 Season 2.’

“We will do our best to normalize their fan cafe, Twitter, Facebook, and Instagram, and open other forms of communication media as well, as soon as we fill the currently open position for someone to handle them. We apologize for causing inconvenience in communication in the past due to the lack of a team to manage it, and promise systematic management in the future through full training [of our staff].

“Furthermore, it is planned that Noh Tae Hyun will concurrently also be doing activities with JBJ, along with fellow members who were loved by the nation’s producers through ‘Produce 101 Season 2.’ We promise full support for them as well. Lastly, regardless of reason, we sincerely apologize to HOTSHOT’s members as well as fans for the prolonged domestic absence that was due to our company’s situation. We will do our best to communicate with HOTSHOT’s members and fans alike from now on.

“Please send warm support and cheer on HOTSHOT so they can do well as they make a comeback. Again, we sincerely apologize to the fans for causing concern.”