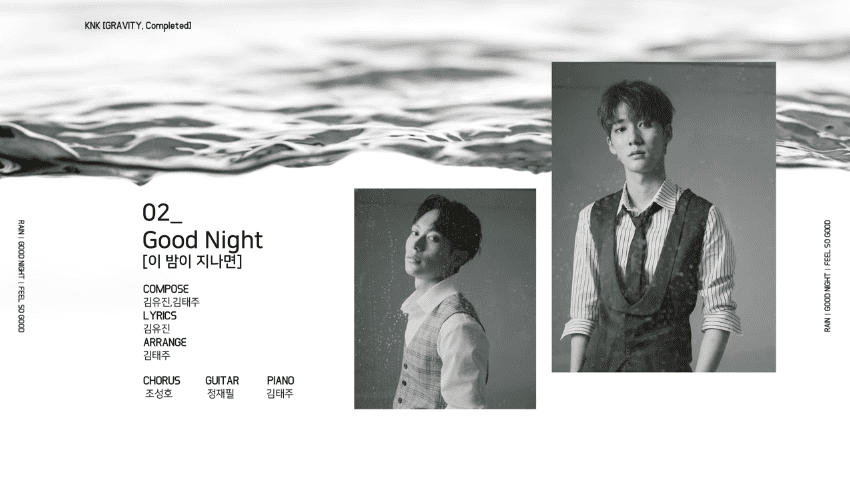 After releasing the tracklist for their upcoming album, KNK has released a preview for three of the songs that will included in “GRAVITY, Completed”!

KNK has released a list of all of the songs that will be included in their repackaged album!

KNK has now shared a teaser video featuring the whole group for their new MV “Rain”!

KNK’s Heejun, Inseong, and Jihun star in the latest set of teaser videos for their upcoming “Rain” MV!

KNK has shared a glimpse of the dramatic and melancholy MV for their new track!

The first MV teasers for KNK’s song “Rain” off their upcoming repackaged album “Gravity, Completed” was released on July 12 at midnight KST. These two teasers are described as the “Seungjun Version” and “Youjin Version” and they give us our first listen to part of the song!

Watch the teasers below.

KNK’s new repackaged album “Gravity, Completed” is due out on July 20 at 6 p.m. KST. The group has already released a stunning set of teaser photos, which you can see here!