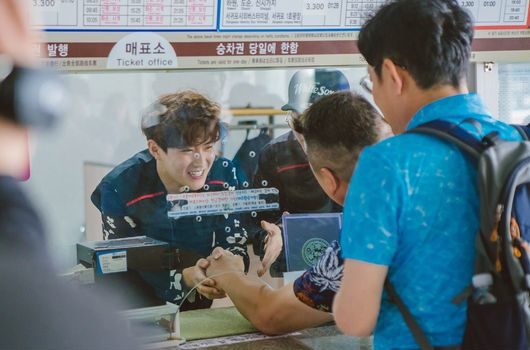 EXO’s Suho and Chanyeol were previously revealed to be appearing on JTBC’s “Let’s Eat Dinner Together,” and now the show has released preview images of their episode!

In a recent “Let’s Eat Dinner Together” recording, MCs Lee Kyung Kyu and Kang Ho Dong met up at Gimpo Airport to find their new companions. Kang Ho Dong had already checked who the next guests were, and gave hints like “the center of Korea’s latest trends” and “Growl.” Lee Kyung Kyu seemed to have gotten an idea of who the hints were referring to, but he confidently yelled out the name of another group. 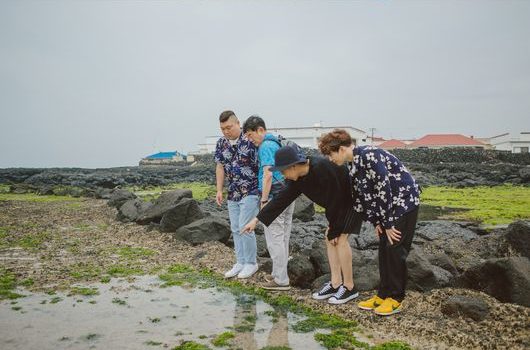 Suho and Chanyeol were waiting at Jeju Island while dressed up as employees of a bus terminal’s ticket booth. When the MCs came to buy a ticket, Suho said, “There are no more tickets, you’ll have to take a taxi,” in his best attempt at the Jeju dialect, but it was not enough to trick them. His unnatural accent gave away that they were the new companions.

Ahead of their official challenge for a meal, they then went on an search for a special spoon. It was revealed that in the process, EXO had to perform “Growl” at the seashore.

EXO
Suho
Chanyeol
Let's Eat Dinner Together
How does this article make you feel?