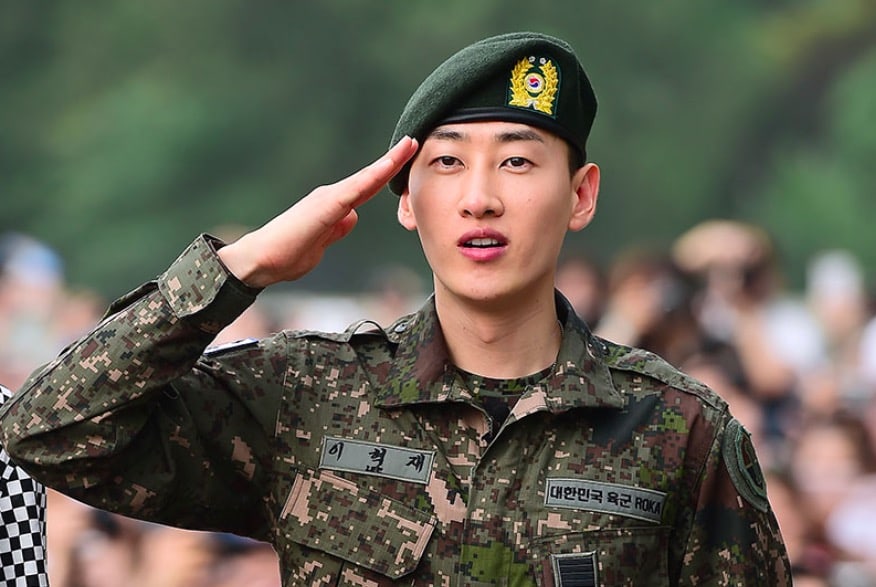 Super Junior’s Eunhyuk has finally been discharged from the military!

On July 12, Eunhyuk completed his military service. About 500 fans from Korea and also abroad waited for him to be released to congratulate him. His bandmates Leeteuk, Yesung, Shindong, and Donghae also showed their loyalty by coming out to welcome him back.

Eunhyuk began, “It’s definitely a bit bittersweet. I’m nervous because it’s my first time in front of a camera in so long.”

He said to his fans, “I’m being discharged with a happy heart. Thank you so much for waiting for me in good health for the past two years. I’m sorry for making your hearts ache.” He also emphasized that the letters and gifts he got from fans while he was in the army was of great strength. He also teared up, at which fans chanted, “Don’t cry!”

He also spoke about Super Junior’s stage at the recent SMTOWN Concert. Only four members (Leeteuk, Yesung, Shindong, Kim Heechul) could stand on stage. About this, Eunhyuk said, “We debut as the largest number of members and went on stage with the fewest. That made me choke up a bit. However, it is inevitable as the members are diligently serving in the military. Because of that, I’m very grateful towards the older members. Since we will be coming back as seven members, we hope to show you a full stage.” 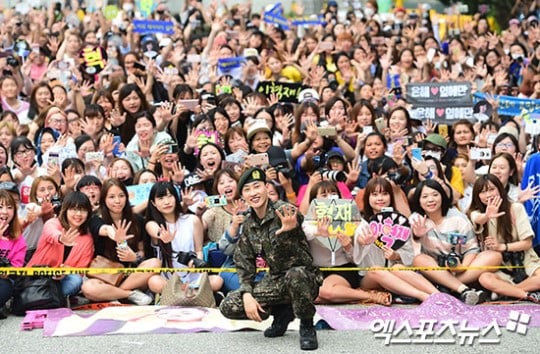 Lastly, Eunhyuk promised that he will be buying chicken soup for the members who came out to greet him.

Currently, his bandmates Choi Siwon, Donghae, Ryeowook, and Kyuhyun are still serving in the military. Eunhyuk said, “I hope the rest of the members come back healthy.”

Meanwhile, Eunhyuk will be meeting with his fans on July 23 with a fan meet titled “Hello Again.” He will be conducting the fan meet with Donghae, who is to be discharged two days later.

Super Junior will be making its comeback in October with seven members.

Super Junior
Eunhyuk
XPN
How does this article make you feel?