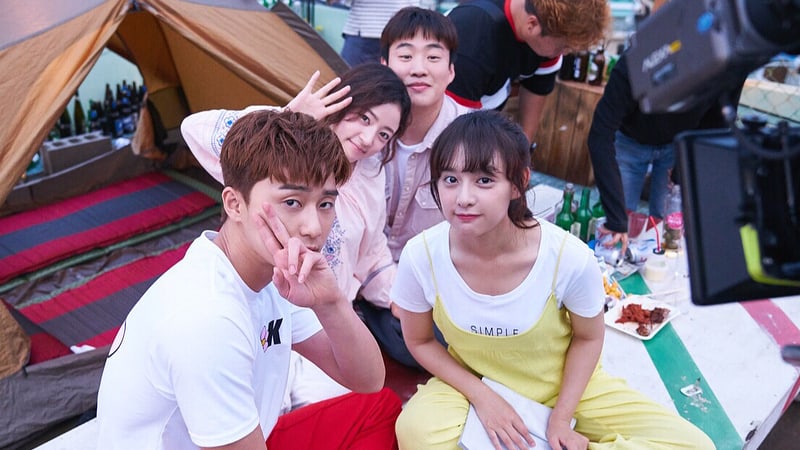 On July 12, Park Seo Joon commented through his agency Content Y, “It’s a little emotional and disappointing to think that this is my last time greeting you as Dong Man. I think I was able to reflect on myself also while acting as Dong Man.”

He concluded, “I sincerely thank the viewers that cried and laughed and shared emotions with us. I will continue to work hard to show my best self.”

King Kong by Starship relayed Kim Ji Won’s message that said, “I truly thank all the viewers that loved Ae Ra. I hope ‘Fight My Way’ will be remembered as a feel-good drama.”

She added, “I sincerely thank the directors, writers, and all the staff, as well as the other actors that starred in the drama. I was able to film happily thanks to you. I will work to show good sides of myself through other projects in the future.”

Ahn Jae Hong shared about his character, “I think Kim Joo Man was an important character for the emotional flow, so every scene was important for expressing Joo Man. I wished that Joo Man’s story would feel like a friend’s story, that it would touch you like someone you know personally. I tried to depict Joo Man in a way as detailed and ordinary as possible in order for viewers to empathize with his romance.”

He continued, “I sincerely thank you for loving ‘Fight My Way’ and Kim Joo Man. I hope the stories of youth from the drama gave you at least a bit of strength and support.”

Finally, Song Ha Yoon left a message through her agency JYP Entertainment. “Writers, directors, actors, and all staff united and filmed happily in order to gift you 16 heartwarming hours. I received warm love and support while living as Seol Hee, and I thank you for that.”

She ended, “While working on this drama, I felt that all of us have experienced similar pain, longing, and memories. I think this was a period full of tears, laughter, and support for comforting and calming myself as well as my friends. I hope it will be remembered as a drama that gave support and comfort to everyone, and I will become a better adult and an actress that can gift you better times.”

“Fight My Way” came to an end on July 11, reaching its highest ever average rating of 13.8 percent. “School 2017” will be taking over the time slot with its first episode on July 17.

If you have yet to watch, check out “Fight My Way” on Viki!