New stills released for Girls’ Generation’s YoonA in “The King Loves” are teasing quite a bit of action for the actress in the drama.

It’s clear that YoonA’s character Eun San, who hides her identity as the daughter of the wealthiest man in Goryeo, is not one to shy away from getting her hands dirty or diving into action. 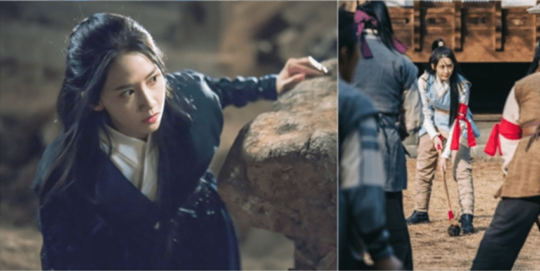 “The King Loves,” which airs on July 17 at 10 p.m. KST, is based on a novel of the same name by Kim Yi Ryung, and is about two friends, Crown Prince Wang Won (Im Siwan) and Wang Rin (Hong Jong Hyun), whose lives change forever when they both fall for the same woman.