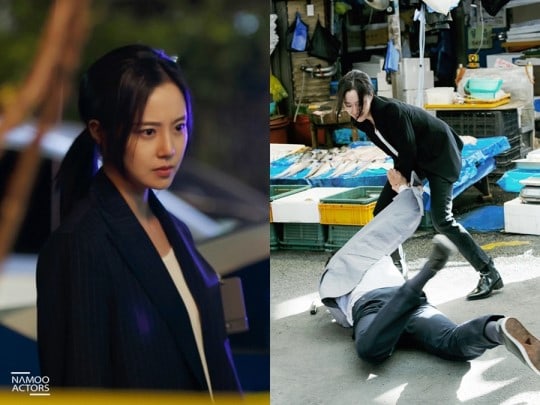 On July 12, tvN released stills for the upcoming drama “Criminal Minds,” where Moon Chae Won stars as behavioral analyst Ha Sun Woo. Han Sun Woo works at the National Crime Information Center, and has an exceptional ability to solve cases. Moon Chae Won will be playing an ultimate girl crush character, as Ha Sun Woo is described as the type to not get intimidated by the authorities and perseveres on her own path. The recent stills show Han Sun Woo’s determined and spirited attitude at a particular crime scene.

Moon Chae Won previously starred in many romantic-comedy dramas and melodramas, and has showcased her ability as an actress through those roles. However, it seems like Moon Chae Won has completely changed her image for this role.

She said, “I knew that I would have to run and do action scenes, so I was honestly really nervous. But once I started filming, it was much more enjoyable than what I had imagined. The staff and the actors will be working hard to create a good project.”

Meanwhile, “Criminal Minds” is a remake of the American TV show of the same name, and also stars Son Hyun Joo, Lee Joon Gi, and more.