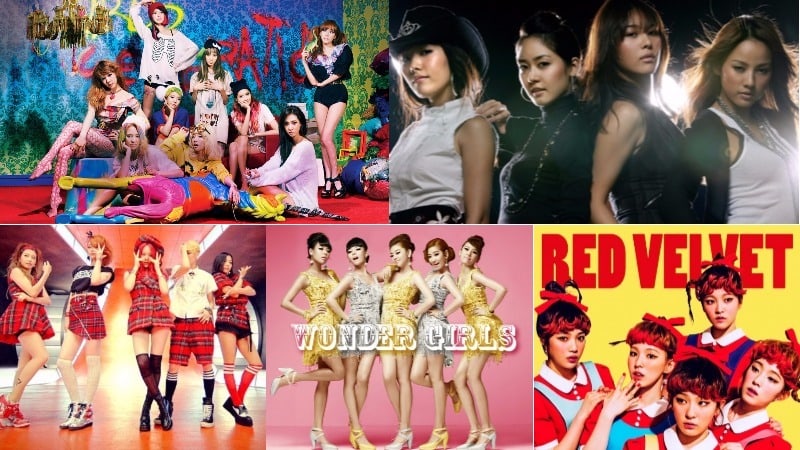 Billboard has released their “100 Greatest Girl Group Songs of All Time: Critics’ Picks” list and K-pop fans will be able spot some familiar faces!

The Billboard staff compiled the list with songs from multiple generations, including legendary groups like The Supremes, TLC, Spice Girls, and Destiny’s Child. First place went to “Be My Baby,” a 1963 song by The Ronettes.

The list praised Girls’ Generation’s “I Got A Boy” by stating, “The ambition and creativity exhibited here [in the song] act as an overall proof to why girl-group music is in a league of its own in terms of excitement and boundary pushing,” while Wonder Girls’ “Nobody” was described as, “an infectious, Motown-inspired earworm that encapsulated Wonder Girls’ charming penchant for throwback-inspired concepts and undeniable hooks.”

f(x)’s “Rum Pum Pum Pum” was called “a song that embodies why the K-pop scene is as creative as it is weird,” while Red Velvet’s “Dumb Dumb” was praised as, “brilliantly exemplifying why K-pop acts – particularly girl groups – craft some of the most addictive singles in pop.” Fin.K.L’s “Now” was described as, “constantly elevating itself,” and “stands as one of the best creations from that rivalry [between S.E.S and Fin.K.L].”

Congratulations to Girls’ Generation, Wonder Girls, f(x), Red Velvet, and Fin.K.L for making the list! If you could have added your own recommendation to join them, what would it have been?