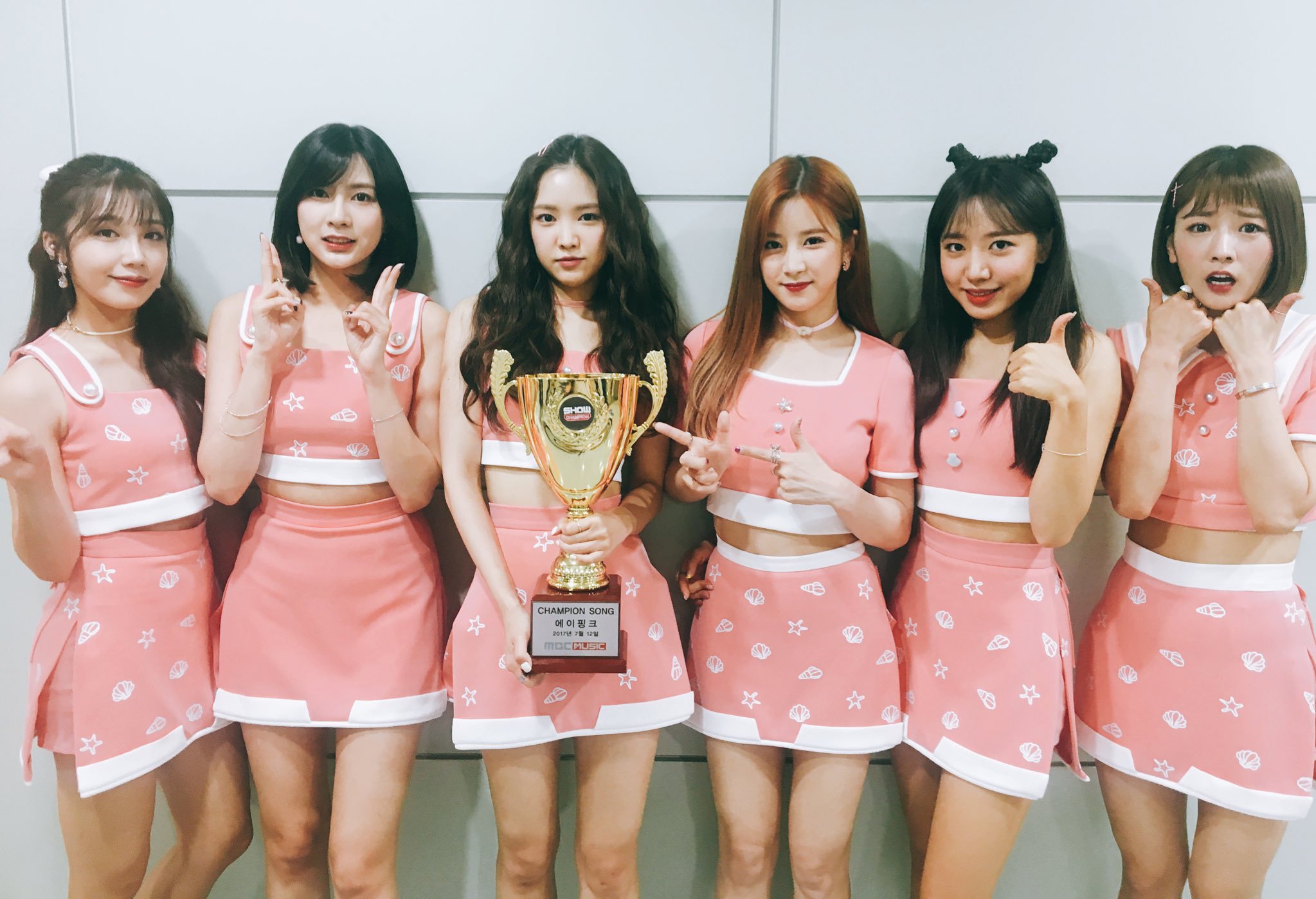 Apink has now achieved five wins for their track “Five”!

On July 12’s episode of “Show Champion,” girl groups and female solo artists reigned over the top five, with Apink’s “Five,” BLACKPINK’s “As If It’s Your Last,” MAMAMOO’s “Yes I Am,” Lee Hyori’s “Black,” and Heize’s “You Clouds, Rain” (featuring Shin Yong Jae) up for the first place spot.

Apink was announced as the winner (for the second week in a row on “Show Champion”), and the members happily thanked their fans, agency staff, producers, and more before having fun while celebrating during their encore.

They also shared more photos from backstage with their trophy, and thanked their fans for all their love and support.

Watch their performance of “Five,” win, and encore below!

On this week’s episode, Red Velvet staged their return to “Show Champion” with their new song “Red Flavor.”

Kim Chungha – “Why Don’t You Know”