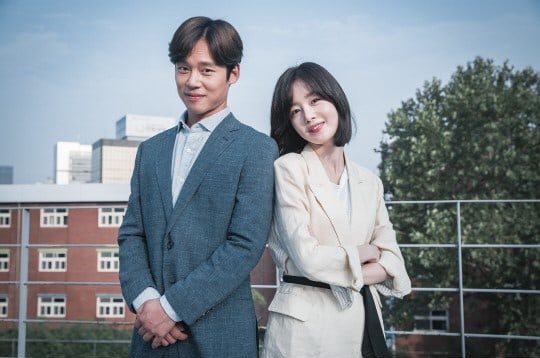 The creators of “School 2017” have shared an interview they had with Han Sun Hwa and Han Joo Wan! 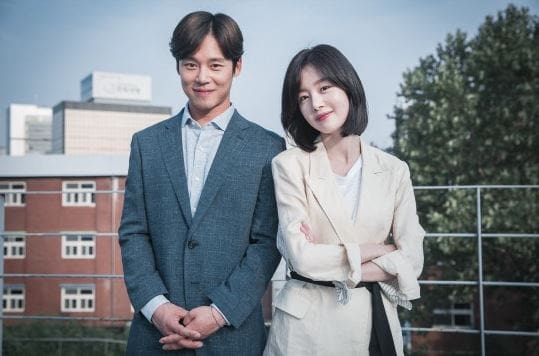 “I’m looking forward to learning about the job of a school police officer,” said Han Sun Hwa. “This character will be different from the ones I’ve played until now. I watched the dramas of senior actresses with boyish vibes to study their facial expressions and way of speaking. I also re-watched the ‘School’ series to get familiar with the drama’s atmosphere.”

Han Joo Wan described why his character is special, saying, “Shim Kang Myung used to be a model student, and at [Geumdo High School] he’s a homeroom teacher, so it’s funny that he gets counseled by his students. Also, I was impressed by his warm-hearted efforts to protect the kids within the institute.” He added, “There’s a burden that the role of a teacher puts on you, and I think it has to do with a teacher’s sense of responsibility for the students. That sense of responsibility is very important for myself and the students, so I’m looking forward to the drama.” 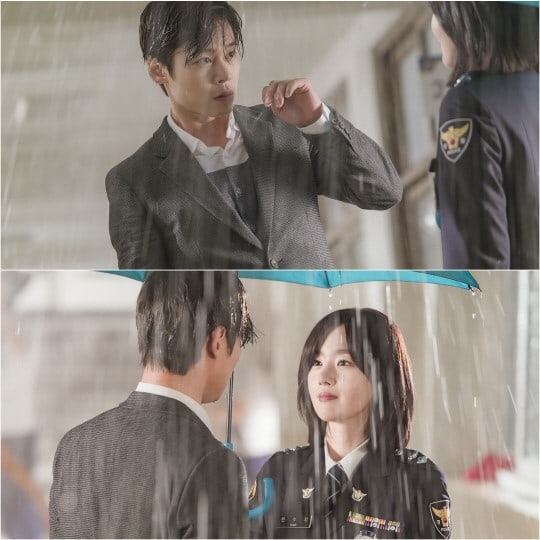 The two actors will show a special kind of romance as they chase down the problematic students at school together. Asked about their chemistry, Han Joo Wan replied, “The set is young and full of energy. That helps make our chemistry better. I plan to continue to have fun while filming. Please look forward to the interesting chemistry that comes from the unexpectedness of the Han-Han couple.”

Han Sun Hwa praised Han Joo Wan, saying that she is thankful for his relaxing aura. She then said, “I hope Soo Ji and Kang Myung will show lots of natural chemistry.”

Starring gugudan’s Kim Sejeong, Kim Jung Hyun, and Jang Dong Yoon, “School 2017” surrounds 18-year-old high school kids as they go head to head with the unfair society. It will air on July 17 after “Fight My Way.

Han Joo Wan
Han Sun Hwa
How does this article make you feel?