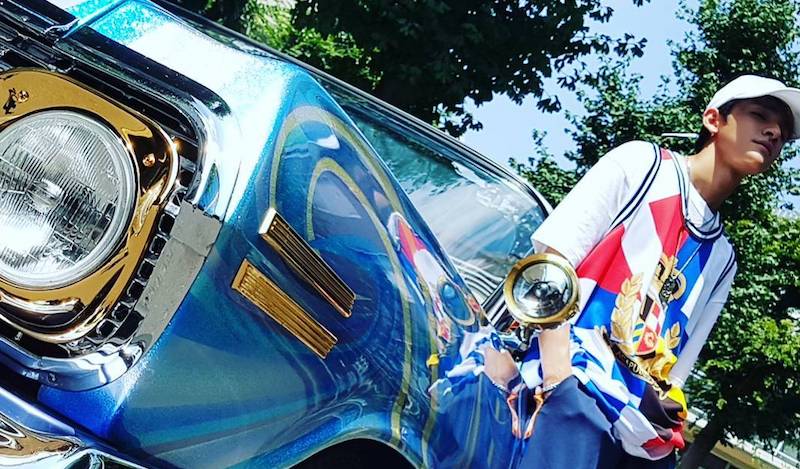 Brave Brothers, the head of Samuel Kim’s agency Brave Entertainment, has shared a peek at an MV for the young artist’s upcoming solo debut!

On July 12, Brave Brothers posted a photo to his Instagram of Samuel Kim leaning on a car, with the hashtags including “Tokyo,” “MV,” “old school,” “hip hop,” “123,” and more. It was previously announced that “123” will be one of the songs on Samuel Kim’s solo debut mini album, although his title track will be “Sixteen.”

Samuel Kim revealed on a live broadcast on July 10 that he was heading to Japan the next day to shoot a music video, and that it was his first time traveling to the country.