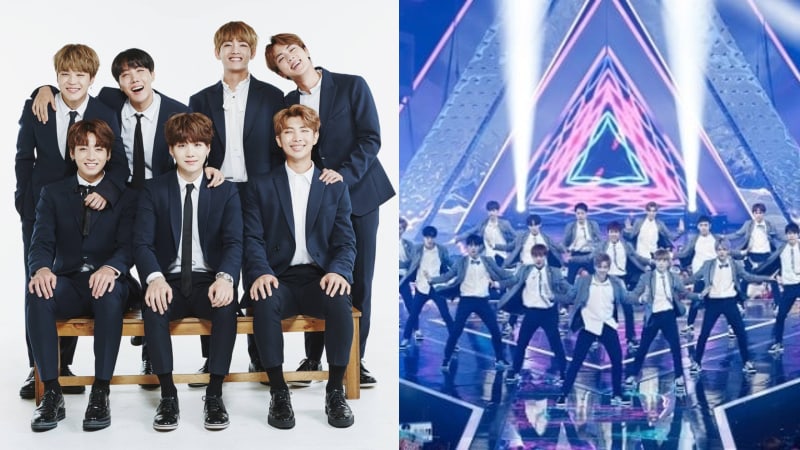 BTS and “Produce 101 Season 2” have been two of the hottest topics in Korean on Twitter so far this year!

On July 12, Twitter Korea released a list of the Top Keywords for the first half of the year ending on June 30, based on an analysis of data generated by Korean users. The keywords are divided into three categories: Social, Music, and TV/Film. 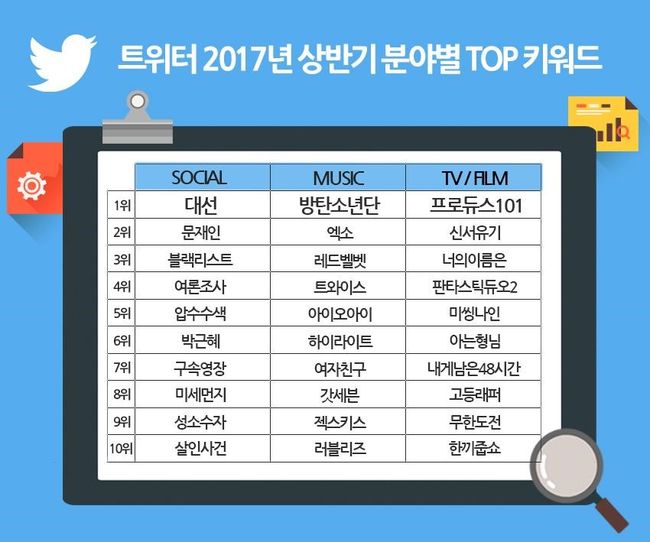 The “Social” category was largely dominated by discussions about the recent election in Korea as well as controversies surrounding former president Park Geun Hye and the events leading up to her impeachment. “Presidential election” came in first, the current president Moon Jae In followed in second, and “blacklist” came in third.

The “Music” category was topped by BTS, with EXO ranking second and Red Velvet coming in third. Check out the full top 10 below:

“Produce 101 Season 2” was the most-used keyword in the “TV/Film” category according to Twitter Korea, with “New Journey to the West” taking the second spot and Japanese animated film “Your Name” coming in third.

Were you surprised by any of the topics that made the lists?

EXO
BTS
new journey to the west
Produce 101 Season 2
How does this article make you feel?