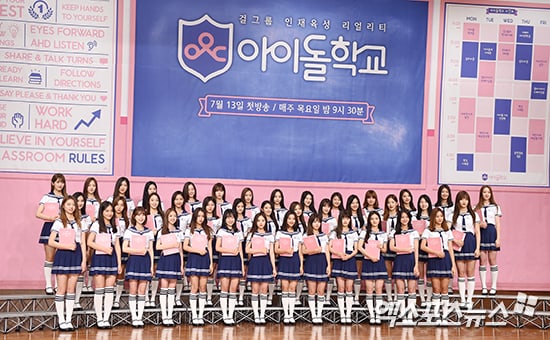 The new reality show “Idol School” is set to begin very soon, and its producing director (PD) has spoken up about comparisons with popular competition show “Produce 101.”

Like “Produce 101,” the upcoming show “Idol School” is aiming to form a new idol group with viewers voting on which of the participants will debut.

“The biggest difference is that while ‘Produce 101’ had prepared trainees, we have ordinary people,” he explained. “There’s also the difference between a survival program and a reality show.”

He also added that while “Produce 101” used pre-show voting, viewers of “Idol School” will be voting live during each episode.

It has also been announced that unlike the system of 11 finalists in “Produce 101” that formed the groups I.O.I and Wanna One, the group from “Idol School” is planned to include nine members that will be selected from its 41 participants.

The first episode of “Idol School” will air at 9:30 p.m. KST on July 13 on Mnet and tvN. Read more about the show’s voting system here, and watch a preview of the first episode here.

idol school
Produce 101
XPN
How does this article make you feel?