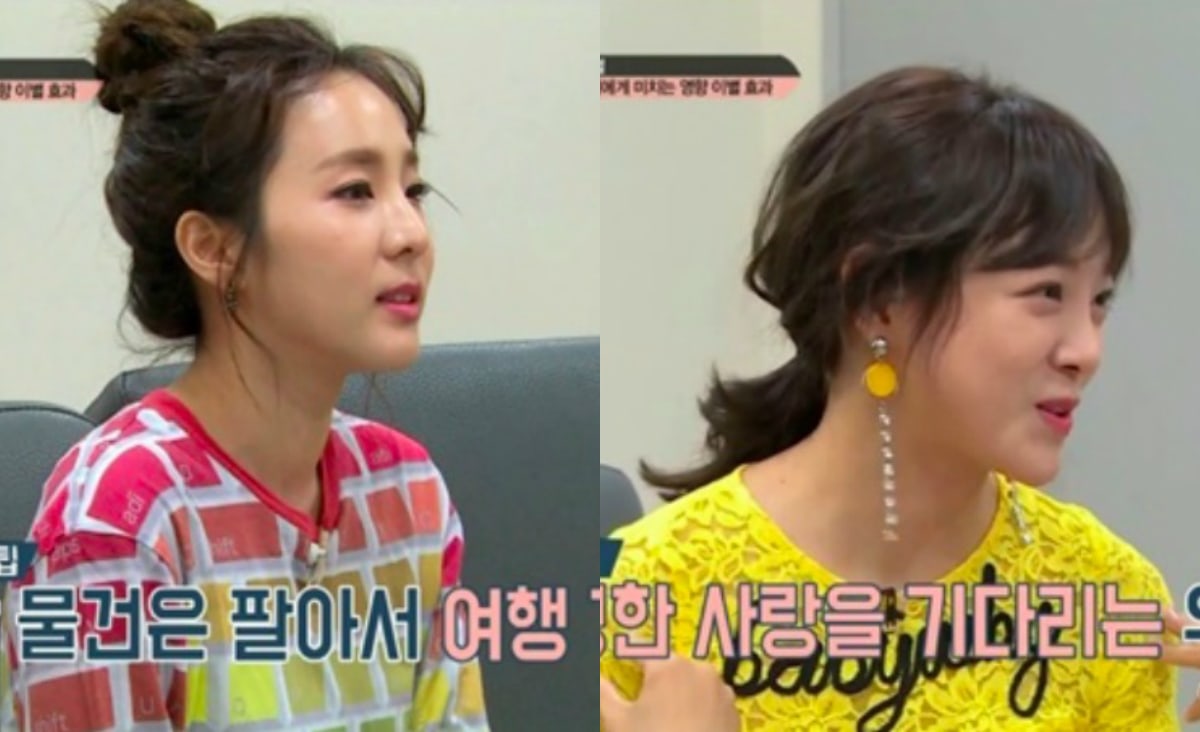 Sandara Park and gugudan’s Kim Sejeong spoke about their first loves on the July 12 broadcast of “Get It Beauty.”

During the broadcast, they talked about the topic of breakups. Sandara Park revealed, “When I broke up with my first love, I thought my life was over.”

Honey Lee agreed, “After I broke up with my first love, I was doing a face mask and I cried so much that it flowed like a waterfall.”

On the other hand, Kim Sejeong revealed, “I still haven’t found my first love. I’m still waiting for it.”

Kim Sejeong then got curious and asked, “Did you give back the gifts and photos and things that you got from him?” Sandara Park replied, “Since I was crying so much, there has been a time when a broadcast had to be delayed. When I came back to my senses, I sold all of the things that he gave me. I went on a trip with that money and it felt freeing.”

Sandara Park
gugudan
Kim Sejeong
Get It Beauty
How does this article make you feel?