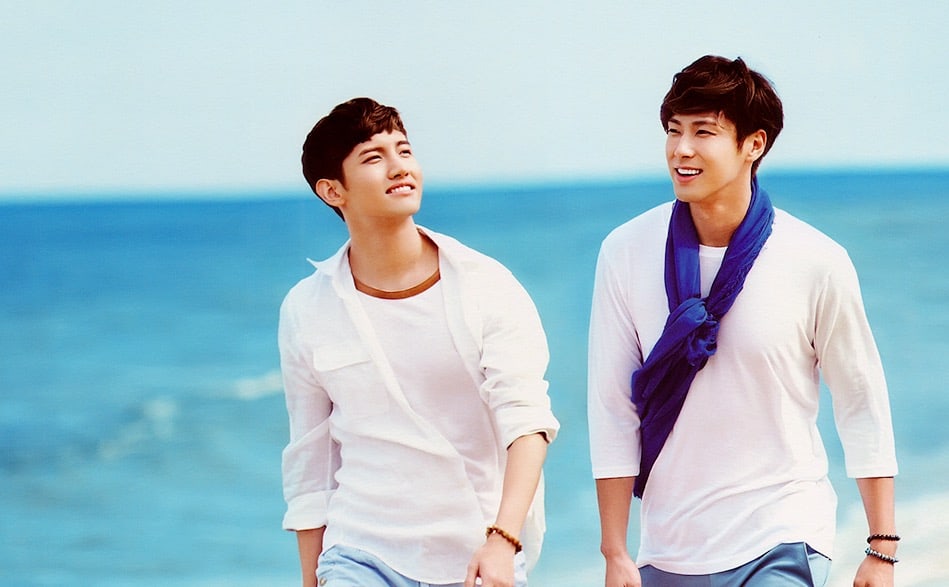 It has been reported that TVXQ will be greeting their fans with a performance in the fall!

According to Hankook Ilbo, TVXQ has settled on September 30 and October 1 as the dates of their first meeting with fans after enlistment. This will be the first time that they will be meeting their fans on stage in two years and three months.

About this report, SM Entertainment said to OSEN on July 13, “We are planning on a performance for TVXQ to greet their fans with after Changmin’s discharge.” They did not clarify whether this performance will be a concert or a fan meet.

Meanwhile, Yunho is currently filming his drama “Meloholic” while Changmin awaits his discharge in August. Furthermore, Yunho has recently heightened the expectations for TVXQ’s comeback with his solo performance at the recent SMTOWN Concert. This will be the first time that fans will be able to see TVXQ as a complete band on stage after their military service.