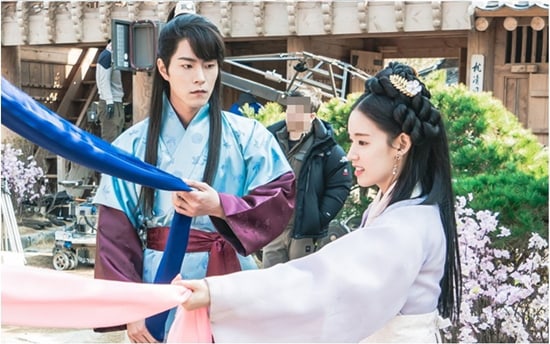 In their photo together, the two actors show off great chemistry as royal siblings of Goryeo. Hong Jong Hyun, who plays the role of graceful and stern prince Wang Lin, gazes at Park Hwan Hee, who plays Wang Dan, the beautiful sister of Wang Lin. Park Hwan Hee is smiling as she holds on to a pink strand of cloth. 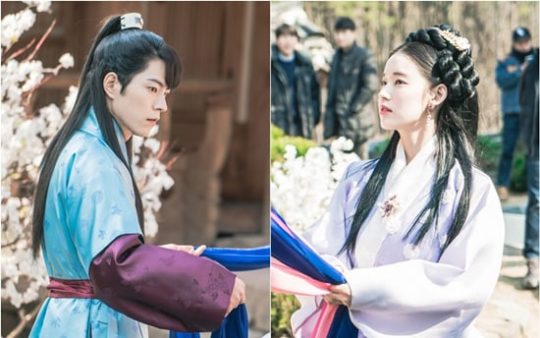 In the individual photos, Hong Jong Hyun looks on seriously while he pulls a blue strand of cloth, and Park Hwan Hee looks nostalgic as she holds more strands of blue and pink cloth. The beautiful traditional Korean costumes worn by the actors grab attention as well.

“The King Loves” is based on the novel of the same name and has been entirely pre-produced ahead of the premiere. Im Siwan and YoonA will also appear as main leads.

Watch “The King Loves” via Viki!

Hong Jong Hyun
The King Loves
Park Hwan Hee
How does this article make you feel?