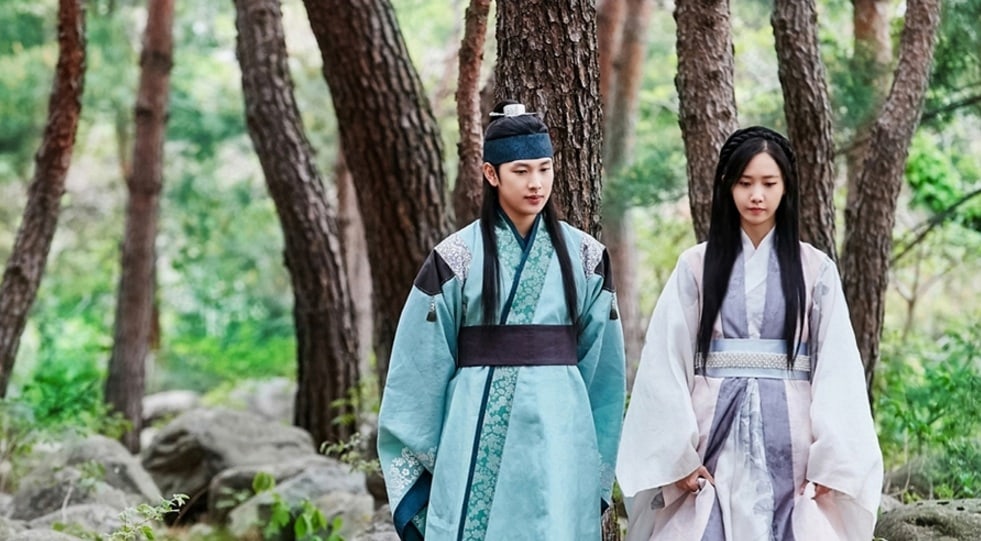 MBC’s newest drama “The King Loves” recently released a four-panel comic strip that teases the first encounter between two of the lead characters, played by Im Siwan and YoonA.

In the drama, Im Siwan plays Wang Won, the crown prince of the Goryeo Dynasty. YoonA plays Eun San, the daughter of the wealthiest man in Goryeo, who is hiding her identity.

The cartoon panels are creating buzz because they cleverly depict each character’s fiery and witty personalities. In the first panel, Im Siwan’s character Wang Won says, “What’s your price?” while showing off a superior attitude. In the next panel, YoonA’s character Eun San sharply responds, “Is that your money? You’re just spoiled, born with a silver spoon in your mouth.” 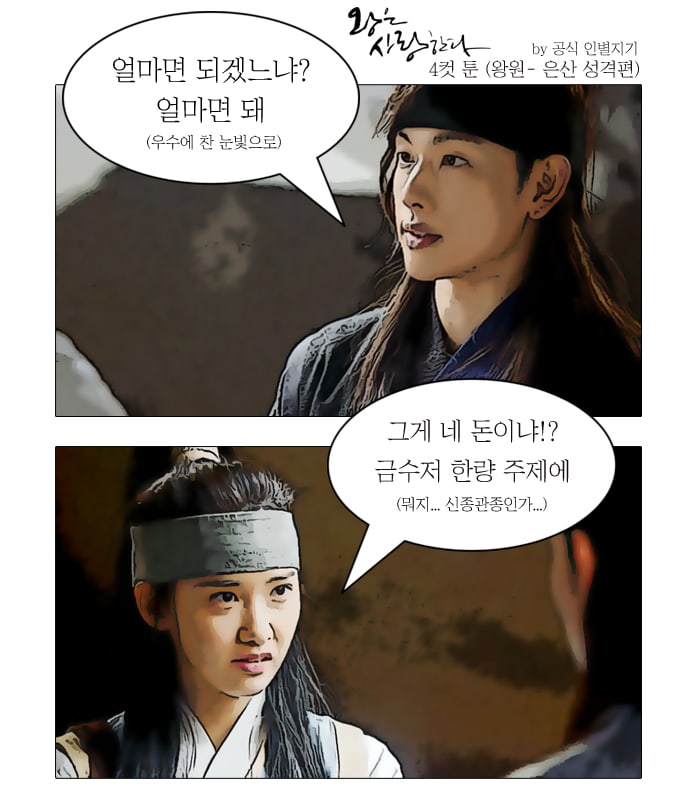 Following this, Wang Won says, “You’re the first woman to ever act this way towards me,” taking interest in Eun San, but she quickly pushes him towards the wall while saying, “Stop it right here! What kind of funny business are you up to?”. 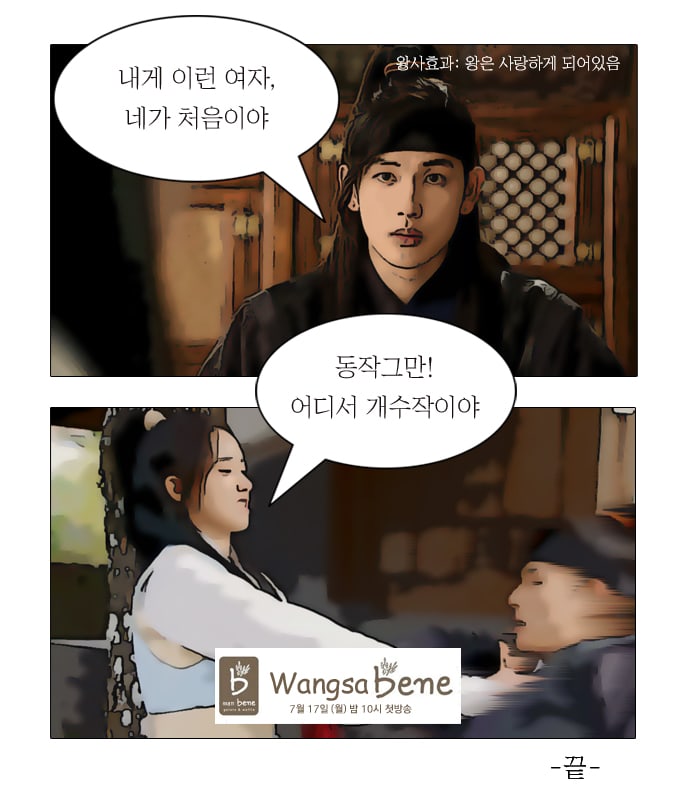 Following the release of the comic strips, viewers have expressed more excitement regarding Im Siwan and YoonA’s chemistry and are anticipating a successful interpretation of the popular fictional novel “The King Loves” is based off of.