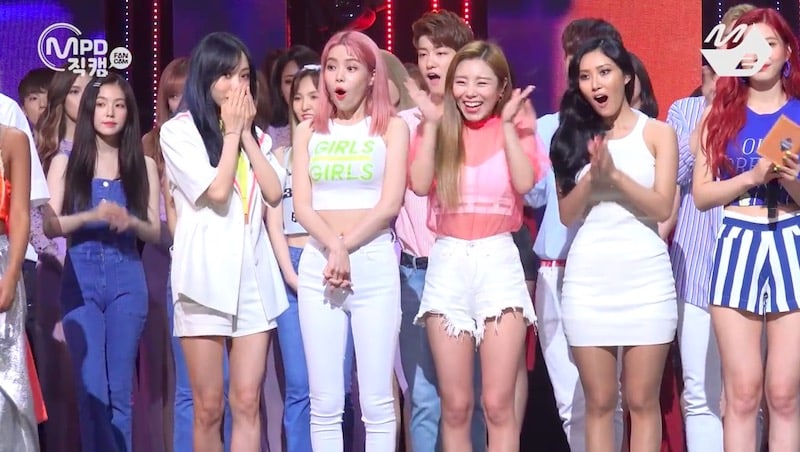 Watch: MAMAMOO Grabs Triple Crown And 7th Win For “Yes I Am” On “M!Countdown,” Performances By Red Velvet, Apink, And More

MAMAMOO has achieved their first “triple crown” with “Yes I Am”!

This is the third week in a row that MAMAMOO has won on “M!Countdown,” meaning they’ve now achieved their first ever “triple crown” on a music show!

Hwasa thanked their fans and told them, “You’ve really worked hard. We’ll make it up to you with better music!” Moonbyul promised fans that they’ll work harder, and said, “I love you, MooMoo!”

Watch MAMAMOO’s “Yes I Am” performance, win, and encore below!

You can also watch an official “fancam” version of their win and encore!

Comebacks this week were by Red Velvet, Park Bo Ram, Jessi, and MIND U.

The contestants from “Idol School” also performed on “M!Countdown” for the first time with their song “Pretty.”

Check out some of them below!

STELLAR – “Archangels of the Sephiroth”