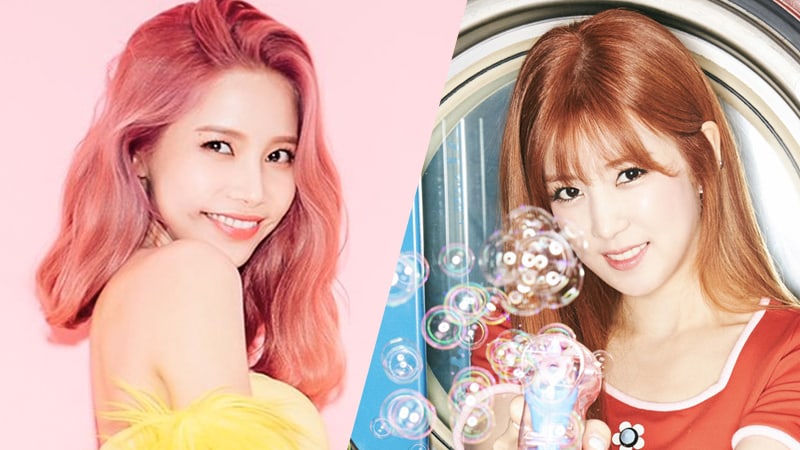 On July 12, Chorong appeared on a radio show and talked about how she befriended Solar. To the question of if she had become friends with any celebrity recently, Chorong answered, “I never had a female celebrity friend in seven years.”

She shared, “I guess BTOB‘s Changsub pitied me for not having any girlfriends, so he introduced me to Solar. But it was an awkward situation and I was so shy that we weren’t able to become friends at the time.”

Then she explained how she toughened up and attempted to befriend Solar recently, saying, “I took the courage since we are both promoting now. I asked for her number first. It’s seriously my first time [doing that].”

The same day, Solar responded to Chorong and agreed that the two were starting to become friends. Solar shared, “At first we talked to each other formally, but now we are beginning to talk to each other casually. We talk casually through text messages. We promised to see each other soon.”

MAMAMOO is currently promoting their song “Yes I Am,” while Apink is promoting “FIVE.” Solar added, “We always meet each other during shows but we’re too busy and tired to talk. We will become better friends soon.”

MAMAMOO
Apink
Solar
Chorong
How does this article make you feel?