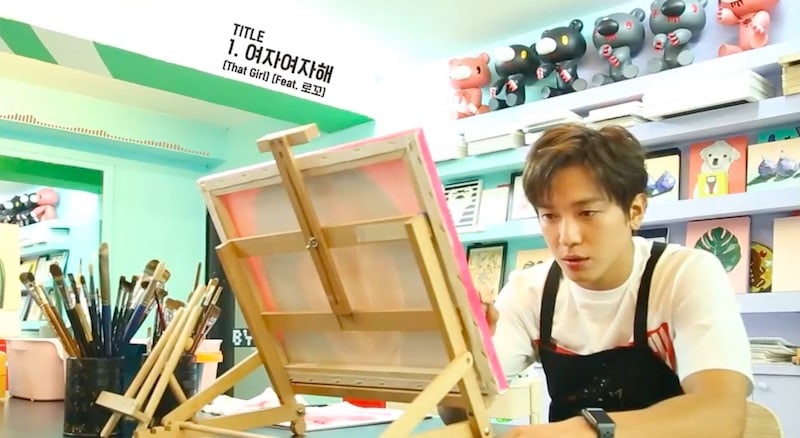 The CNBLUE vocalist shared a highlight medley video on July 14 at midnight KST that features footage of him painting in a studio, with the video set to clips of each of the tracks on his new mini album “Do Disturb.”

Watch it below to get a quick listen to each of his new tracks, as well as see what he paints!

The mini album’s track list (cleverly called a “music cocktail menu” to fit with the concept) has also been released. It reveals that Jung Yong Hwa wrote and composed all six songs on the release, with some of them created along with other producers.

“Do Disturb” will include the title track “That Girl” (featuring Loco), as well as “Closer,” “Password, “Navigation,” “Not Anymore,” and “Lost in Time.” 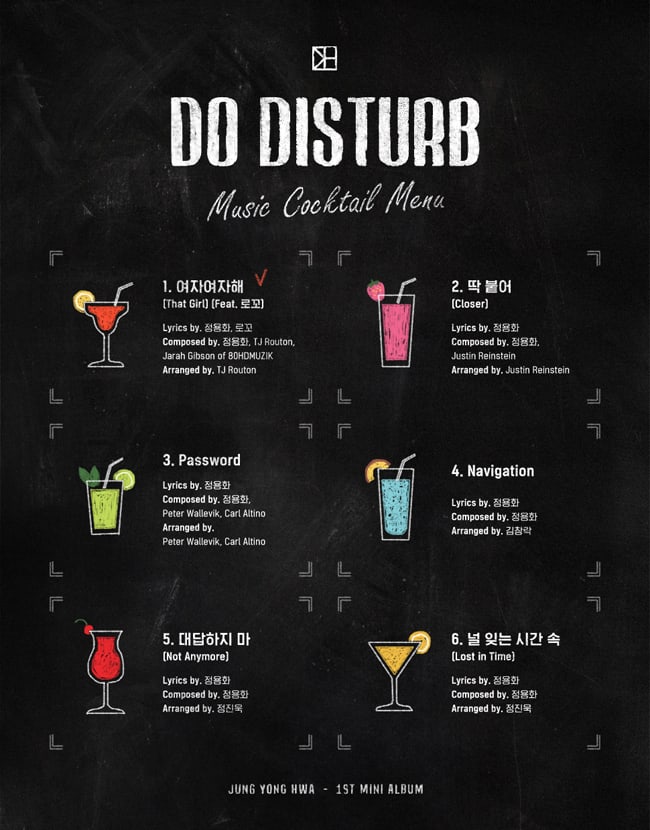 Jung Yong Hwa’s new mini album is set to be released on July 19 at noon KST. Check out his previously released concept trailer and more here, as well as his gorgeous teaser photos here!