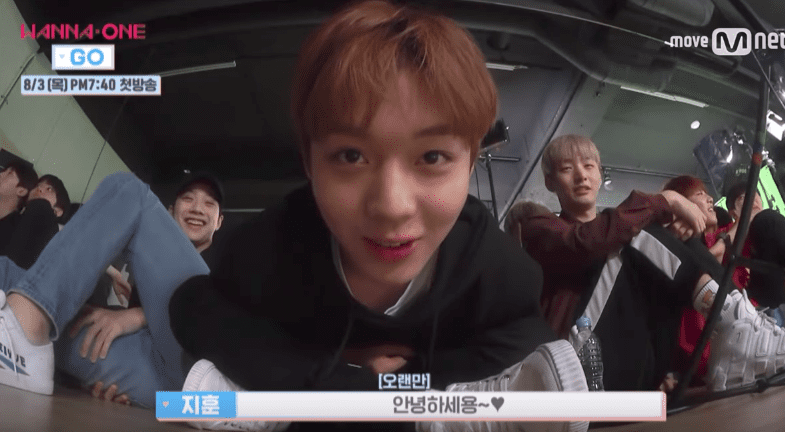 Watch: Wanna One Is Adorably Awkward + Hilarious During Filming For “Wanna One Go” Teaser

Wanna One has released a behind-the-scenes video for their “Wanna One Go” teaser.

While some of the members felt slightly awkward together, other members felt more natural. When Kang Daniel put his arm around Ong Sung Woo, Kim Jae Hwan commented, “It feels natural.” Lee Dae Hwi added, “It feels like they’ve done this a lot.”

The next category was members who are still awkward with each other. First up was Ong Sung Woo and Bae Jin Young, while Kang Daniel and Hwang Min Hyun were the next pair to film. Ong Sung Woo jokingly commented, “You two don’t look close,” while Hwang Min Hyun emphatically responded with, “We are close!” Yoon Ji Sung also commented on the two, saying, “They’re okay when they’re in a group, but when they’re alone, they get kind of embarrassed.”

Part three of the video featured the pairs that had the most chemistry. Park Woo Jin described the first pair, Bae Jin Young and Lee Dae Hwi, saying, “They’re a fated pair. You can’t separate them,” while Hwang Min Hyun commented, “Wow they’re even wearing couple shoes!” Kim Jae Hwan then encouraged the two to act the way they do in the dorms such as giving each other pecks on the cheek. Instead, Lee Dae Hwi whispered in Bae Jin Young’s ear.

When it was Yoon Ji Sung and Hwang Min Hyun’s turn, they mentioned the first episode of “Produce 101 Season 2,” where Yoon Ji Sung joked that he was going to receive a kiss on the cheek from one of the Pledis trainees. In the end, Hwang Min Hyun was able to make that wish come true.

The video ended with Park Woo Jin trying to give Park Ji Hoon a kiss on the cheek, resulting in a surprise slap to the face!

Check out the hilarious video below: