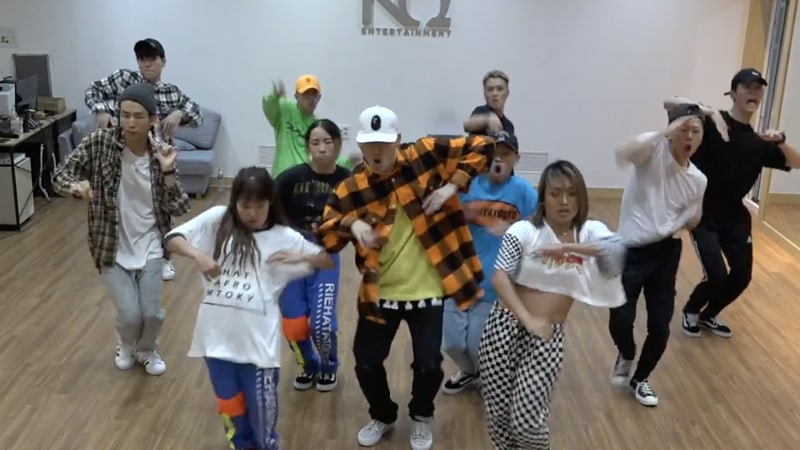 Zico’s dance moves are as full of swagger as his music!

“Artist” was released on July 13 as one of the two title tracks for his second mini album “Television.” Zico wrote the lyrics to the song, which tells people to paint their own future since they are artists of their own lives.

The choreography is as fresh and fast-paced as the song itself, making the dance practice much more entertaining to watch. As a famous fashionista, Zico’s style stands out as well. Zico and the dancers are wearing completely different, colorful outfits, but the clash of colors forms an odd harmony.