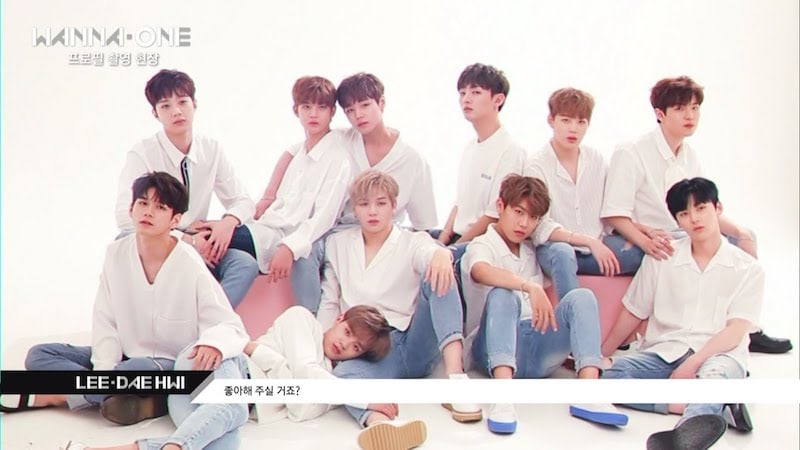 Watch: Wanna One Is All Sorts Of Adorable While Taking First Official Profile Photos

It’s no wonder the members of Wanna One looked so sweet in their first group profile pictures, when the atmosphere while shooting was so pleasant!

Mnet recently revealed a behind-the-scenes look from the photo shoot, as the 11 members went one by one taking individual photos before they gathered together for their group shots.

In between shoots, the members were spotted casually relaxing, as they took turns on a mini arcade machine, and and snacked away.

Wanna One also previously revealed an insider look at what went on while they filmed the teaser for their upcoming variety show. The group is set to debut on August 7, and will release two music videos.

A music video teaser will be unveiled on July 17, so stay tuned for more videos of these adorable idols!