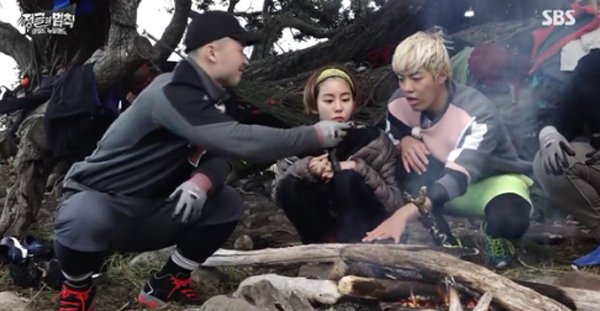 The producing director (PD) of SBS’s “Law of the Jungle,” the show on which UEE and Kangnam became close, shared his reaction to their dating news.

On July 14, PD Min Seon Hong commented, “I had no idea. I knew the two of them were close, but I didn’t know they would date. They contacted me after confirming their relationship. They texted me to say thank you.”

He laughed while saying, “I think they were thankful that the show allowed them to get close. It’s a good thing, not a bad thing, so of course, I congratulate them.”

When asked about their chemistry during filming, he responded, “The entire cast, not just the two of them, had great chemistry. I’m glad that the difficult time they had on this season of the show turned into a good relationship. Today is actually the last day of the season so I think we can finish it off in a good mood.”

Meanwhile, the July 14 broadcast of “Law of the Jungle” achieved the highest viewership ratings in the entire season with an average of 16 percent with a peak of 19.5 percent.

Law of the Jungle
Kangnam
Uee
How does this article make you feel?