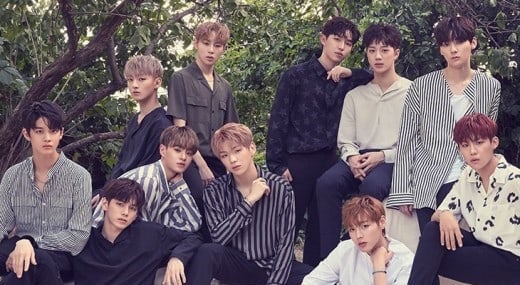 On July 15, the group was welcomed by 570,000 viewers and 50 million hearts. During their corner “It’s Wanna One TIME,” the members were able to answer questions about the various aspects of Wanna One that Wannables were curious about.

Kim Jae Hwan was asked to rank the members in order of attractiveness. “This is just my personal opinion so please don’t get hurt,” he told them.

Yoon Ji Sung and Kang Daniel reminded viewers that it was just his personal opinion, so Kim Jae Hwan continued on with the list, saying that No. 5 is Hwang Min Hyun, No. 4 is Ong Sung Woo, No. 3 is Bae Jin Young, and No. 2 is Park Ji Hoon. Before announcing the No. 1 visual, Kim Jae Hwan realized that he forgot about Lai Guan Lin, so he nervously exclaimed, “I’m screwed, I’m screwed.” 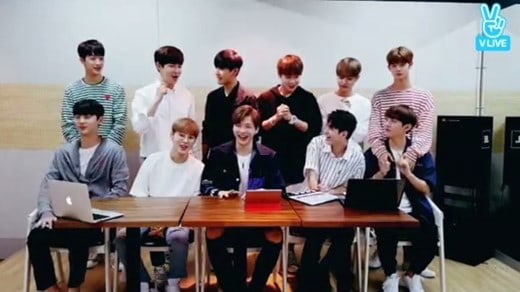 Later in the broadcast, Ha Sung Woon responded to his nickname “Aunt” by saying, “I think I gained that nickname because I’m the second oldest and I take care of the members a lot.”

Towards the end of the V Live, each member had individual camera time. They cheered on their fellow members and seemed to have a great time!

Meanwhile, Wanna One will be making their official debut on August 7.