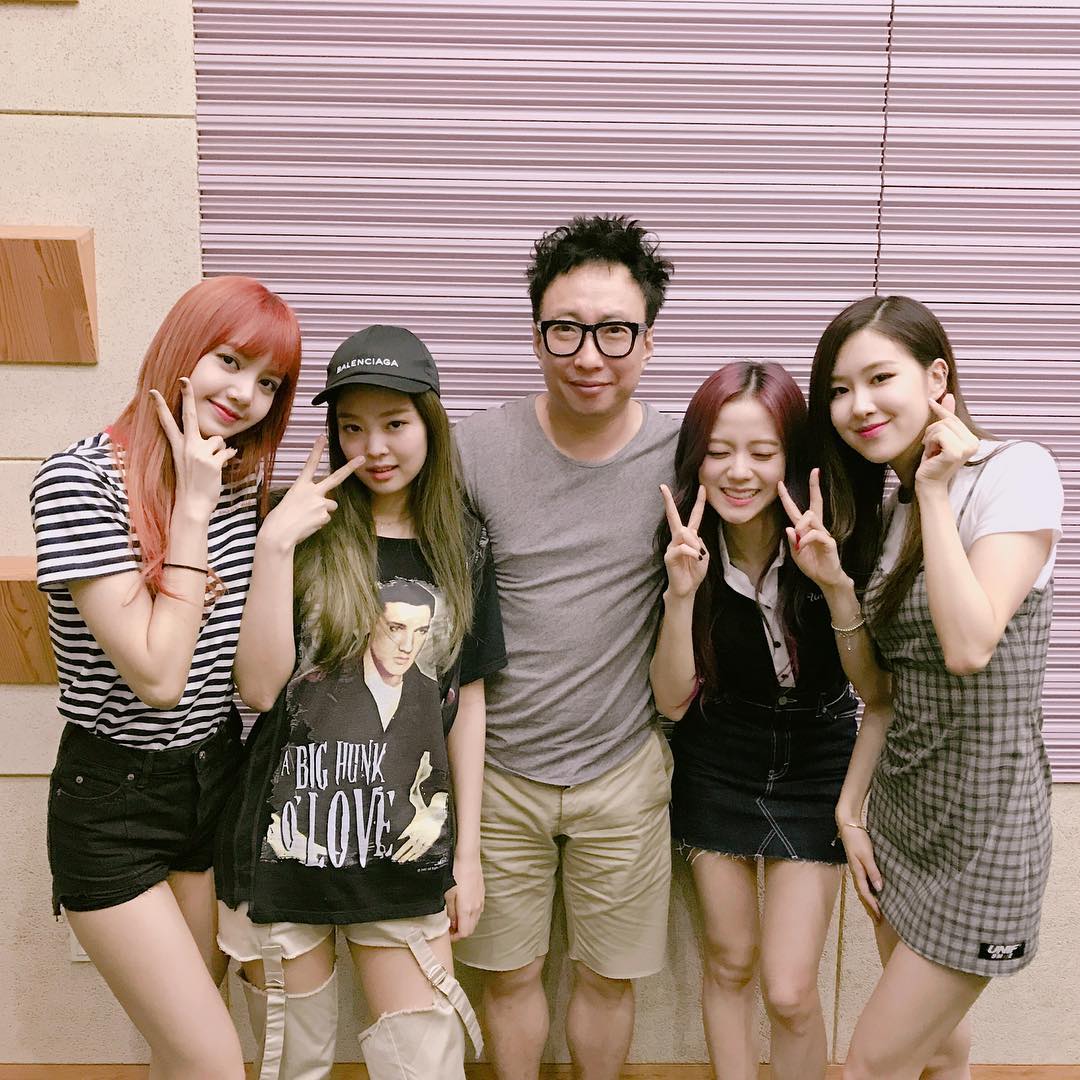 On July 17, BLACKPINK appeared as a guest on KBS Cool FM’s “Park Myung Soo’s Radio Show,” where they talked about a variety of topics such as being recognized in the streets.

During the show, Park Myung Soo joked, “Girl groups have never guested on ‘Radio Show.’ Because I’m lazy, I don’t host them. Don’t hosts always have to treat you well? I have no intention of treating you well. You should be treating me well,” causing everyone to laugh.

In response, BLACKPINK commented, “It’s really cool. It’s like we’re seeing a celebrity,” to which Park Myung Soo replied, “It’s also like I’m seeing a celebrity. You are the prettiest among the idols that I’ve seen.” He then joked, “In terms of idols, I only really know about Fin.K.L.”