Hong Jong Hyun is co-starring in the new drama “The King Loves,” alongside Im Siwan and YoonA. It’s been a long road of modeling on runways, getting small parts in K-dramas, and being a well sought after guest on various variety shows, and it seems as though his breakthrough starring role is right around the corner. For those of you who have been following Hong Jong Hyun for awhile, you might already know a lot about his personality, which seems to be rather simple and laid back. But just in case you didn’t know, here are 10 facts that I found interesting, endearing, or just outright adorable about Hong Jong Hyun.

Let’s start with an obvious one.

1. He’s one of 5 members in a model crew called “Model Avengers.”

This group of handsome models includes Kim Young Kwang, Kim Woo Bin, Sung Joon, and Lee Soo Hyuk. They usually spend their time hanging out together at the gym or at Kim Young Kwang’s pad. Can you imagine seeing them in one place at the same time? Heaven.

2. He loves cars and playing with toy cars.

When he was on “We Got Married,” he showed his obsession with RC cars and had said he has a pretty big collection. Adorable, isn’t it? 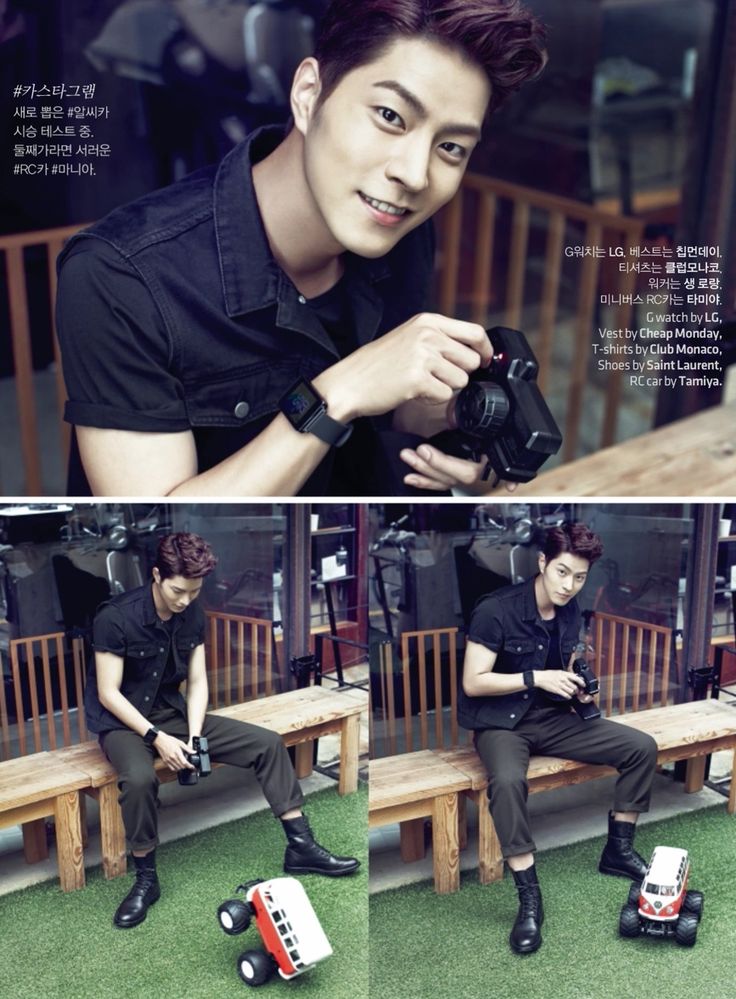 Even though he’s known to be a bit hard to become good friends with, his fellow “Model Avenger” friends have said that he follows them around and shows a lot of aegyo. They say that he’s the type to hang onto them and always bother them, but they think it’s adorable. 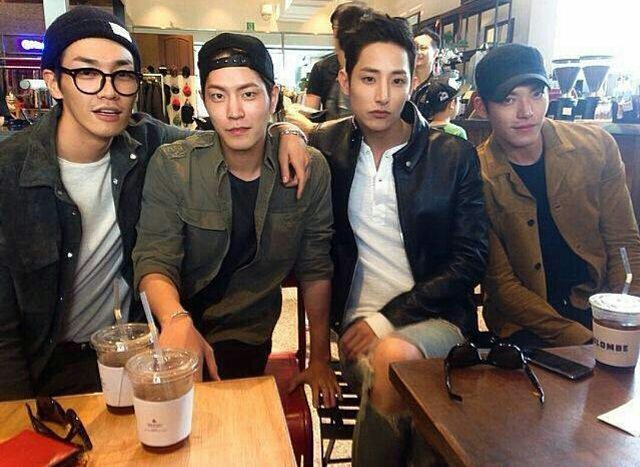 This was displayed on an episode of “Running Man” — so impressive! What can’t he do?!

5. If he could introduce his older sister to anyone in “Model Avengers,” he said it would be Kim Young Kwang. 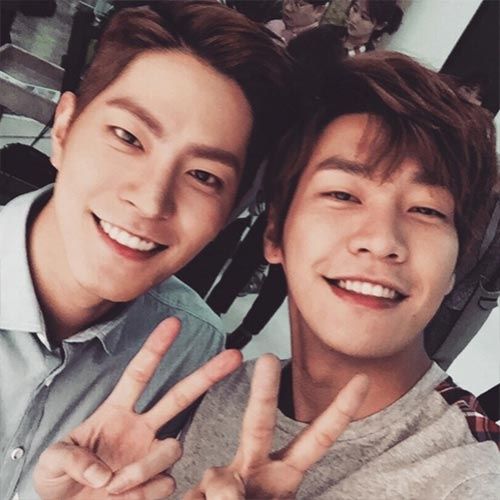 It seems as though Hong Jong Hyun has a special bond and connection with Kim Young Kwang, as he’s stated countless times that they have similar personalities. They’ve also been on two reality shows together, where they had to go on a trip — just the two of them!

6. He’s a lover of nature and animals.

Here he is with his pet dog, Haerong. 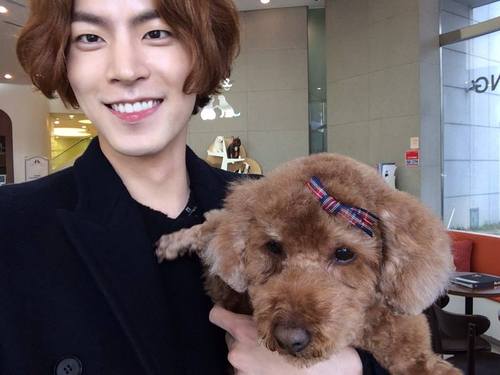 7. When he was younger, he had dreams of being either a soccer player or veterinarian! 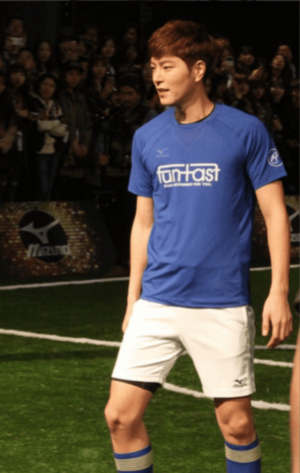 He said in an interview that that his friends were interested in basketball and baseball, he couldn’t get enough of soccer! His love for animals seems to have run really deep as well, considering he wanted to be a vet!

It seems as though our adorable model likes doing tricks with cars and riding motorcycles. He’s admitted to learning how to drift with his car because he enjoys the thrill of it. He also mentioned in an interview that his friends are really concerned about his safety because of his interest in these extreme activities, especially riding motorcycles, so he tries not to anymore. 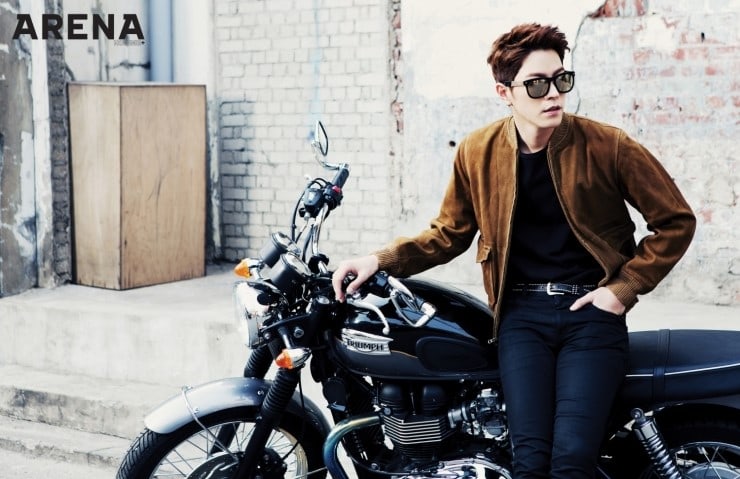 9. He prefers using his body.

It’s no secret that Hong Jong Hyun doesn’t like variety shows where he’s put on the spot to talk a lot. He doesn’t like the pressure of being filmed and having to be funny or entertaining, so he prefers shows like “Law of the Jungle” and “Running Man.” The other guests and crew members on “Law of the Jungle” couldn’t praise him enough for how helpful and hard-working he was! 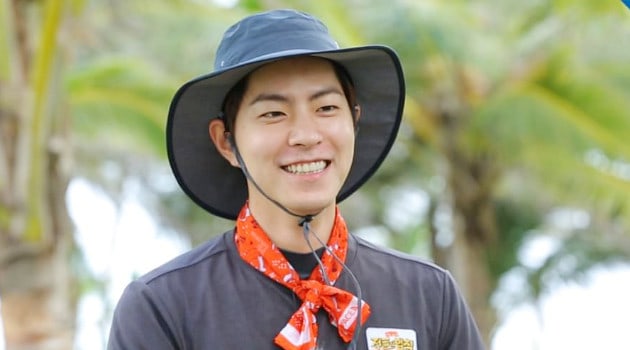 10. His favorite type of music is slow jam.

He says he likes ballads and recommended the song “Sure Thing” by Miguel when he was interviewed on the radio. Looks like he’s got great taste in music!

Hey Soompiers, what other cool facts do you know about Hong Jong Hyun? Let me know in the comments below!

Soompi Spotlight
Hong Jong Hyun
The King Loves
How does this article make you feel?