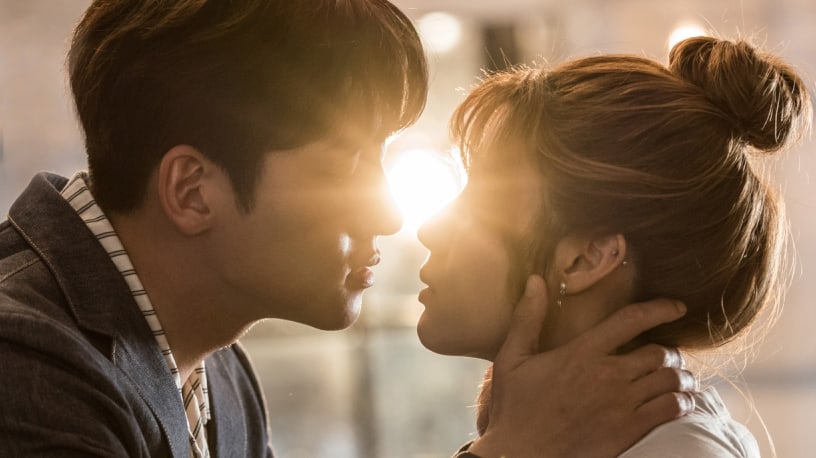 On July 17, Nam Ji Hyun, who recently wrapped up her role as Eun Bong Hee in “Suspicious Partner,” talked about the difficulties of filming kiss scenes as well as her first bed scene.

The actress first talked about the drama’s silent kiss scene and said, “We didn’t know that it was going to air without any sound because post-production is done by the editing director and the music director. Even when I was watching it I wondered why the sound suddenly disappeared but then later the music started playing again so that’s when I realized that they had done that on purpose.”

When asked if Ji Chang Wook took the lead for their kiss scenes, Nam Ji Hyun replied, “It inevitably took that sort of direction. There are many times in which the male leads in those situations but you could say that [Ji Chang Wook and I] made the scene together because we discussed it so much during rehearsals.”

She continued, “Because it has to look pretty, filming kiss scenes is actually very difficult. You have to kiss in a way that’s pretty on camera at exactly the right moment at which it will appear pretty on camera…so those scenes require much more focus than other scenes. It’s very exhausting both physically and mentally.”

Nam Ji Hyun also talked about filming her first bed scene through “Suspicious Partner” and said, “I was super nervous or anything like that. The other actors were very considerate and Ji Chang Wook tried his best to make it not awkward for me.”