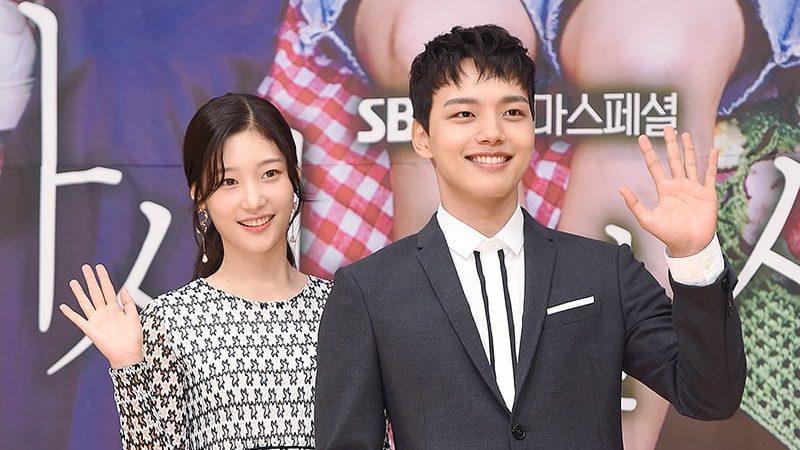 It looks like “Into the New World” co-stars DIA’s Jung Chaeyeon and Yeo Jin Goo are getting along quite well!

During the drama’s press conference held on July 18, Jung Chaeyeon shared, “I usually have a hard time using informal speech with people, but it was easy with Yeo Jin Goo because we’re the same age. I think we got close pretty quickly because of that.”

She then added that she’s learning a lot from the actor while filming on set.

Jung Chaeyeon continued, “I usually call him by his character’s name Hae Sung, and he calls me by my character’s name Jung Won. He’s never actually called me by my real name,” to which Yeo Jin Goo interjected, “Nice to meet you, Chaeyeon.”

“Into the New World” will be airing its first episode on July 19. You can check out Jung Chaeyeon and Yeo Jin Goo’s teaser video here!

DIA
Jung Chaeyeon
Yeo Jin Goo
Into the New World
How does this article make you feel?