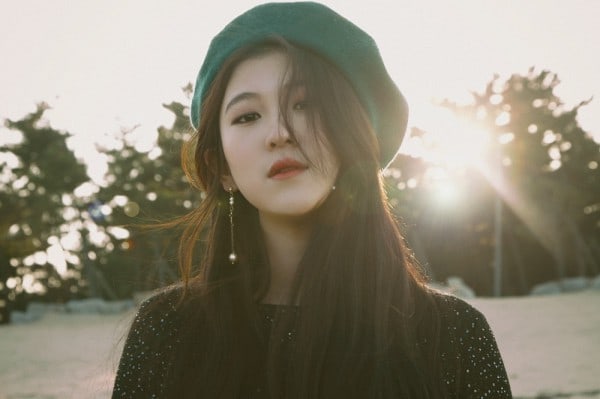 On July 17, singer Baek Yerin posted to her personal Instagram account and hinted at unhappiness and dissatisfaction with her management agency, JYP Entertainment.

The artist posted a series of photos with the caption, “I have a lot of good songs written, I really want to release an album [and] there are so many people waiting! However, the adults here are laughable and scary.” 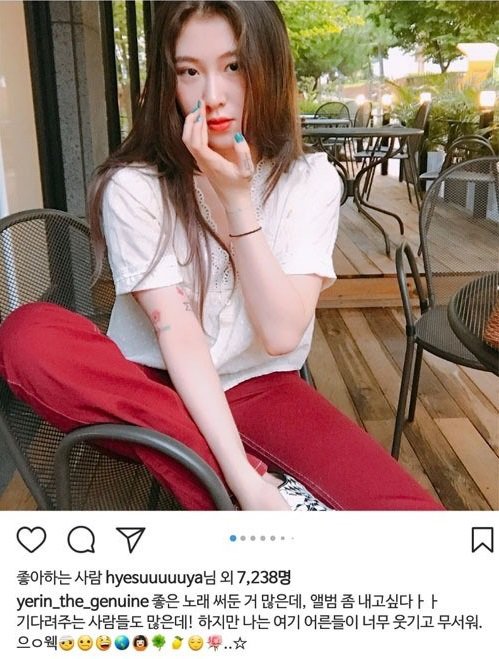 After, fans expressed their concern for the singer and left comments comforting Baek Yerin. The singer commented on her own post, letting fans know that she would be deleting her Instagram account for the time being and relayed that she was apologetic to fans.

The singer said, “I am going to delete my Instagram account for the time being! �de42 I’m sorry to my fans. I know I shouldn’t read netizen comments but I looked hehe. There was so much false information. A lot of things happened but when I disappointed my fans by becoming too close with one of my unni fans, I reflected deeply upon my actions and posted a letter of apology after rewriting it over and over again so that those fans I had hurt would not be hurt again. I am still sorry about that incident to this day.”

She continued, “Now, the ‘controversies’ that netizens talks about are a result of people purposely looking upon my actions in a negative light or a result of posts written to spread malicious rumors. I believe that these rumors cannot be made true just because people say, ‘She did that,’ or, ‘She’s involved in a lot of controversies.'”

Baek Yerin also addressed the rumors surrounding her and her 15& partner Jimin, and said, “I did not say those things [that people say I did] about Jimin, I have not expressed my personal opinion about music for 15&, and I do not engage with Jimin and other people just for my own personal gain. I don’t understand why people have to hurt me, who they think of as trivial and as having a bad personality, with their hate when they could easily just ignore me; however, I have clearly apologized for everything that I actually have to apologize for and am still deeply apologetic to the fans I have caused grief because of my actions.”

She concluded, “There are times when I can’t sleep at night because of the malicious rumors about me; however, I am thankful to the fans that like my music, that are waiting for me, and care about me. As someone who loves singing more than anyone else, rather than singing alone, I would like to become a source of strength [to those who listen to my music]. Ridiculous comments seem to hurt my fans more than they hurt me. I’m sorry! �de42 Also, I will not apologize for things that I have not done. Thank you!” 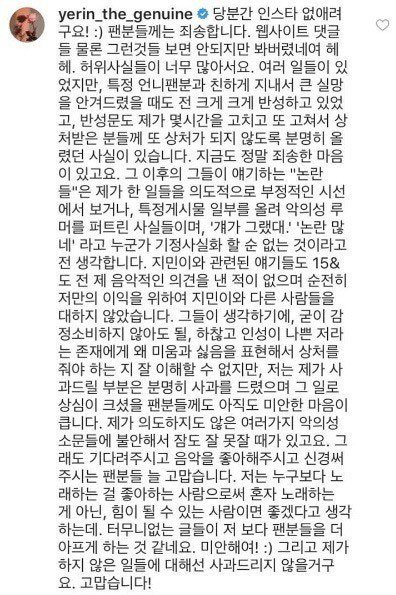