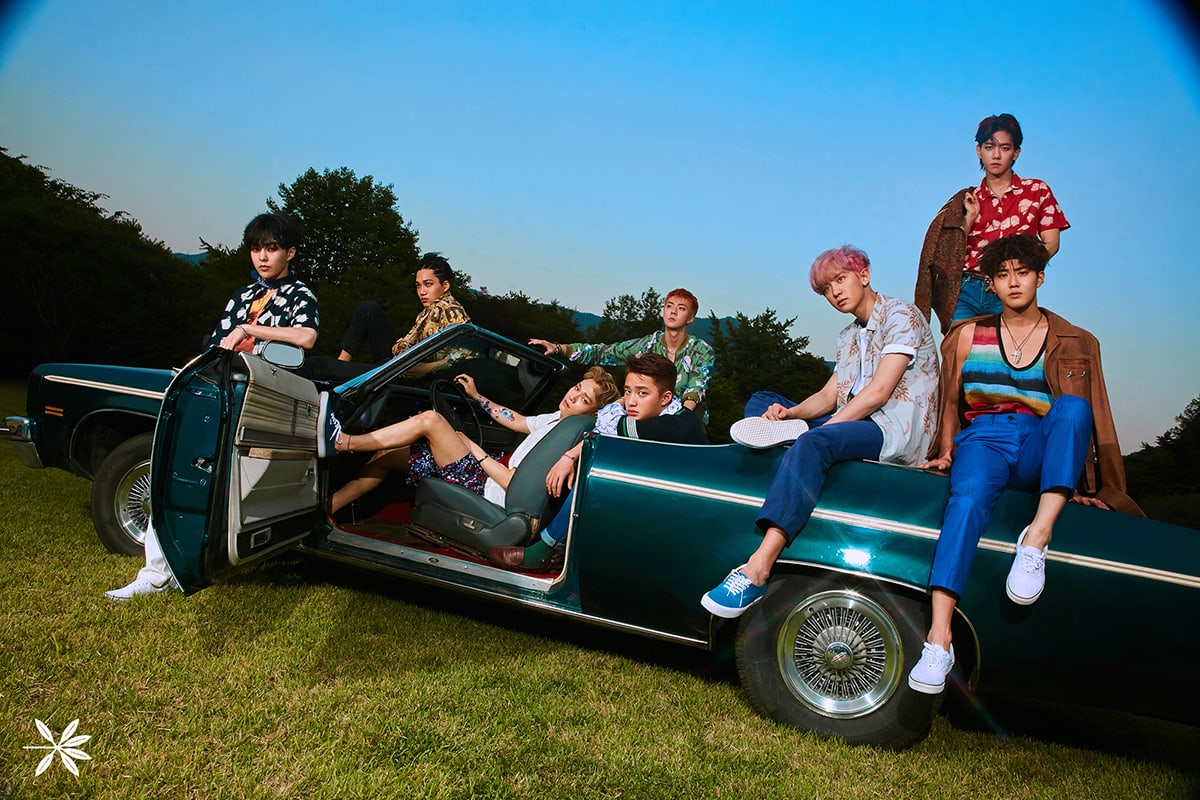 EXO finally made a comeback on July 18, and the members and fans’ excitement are one and the same.

Shortly after their album “The War” was digitally released at 6 p.m. KST, the group discussed various aspects of it through a broadcast on V Live.

Suho started off by reiterating how involved the members were this time around, saying, “We personally took photographs for the album booklet, and participated in lyric-making as well. [That’s why] we are really looking forward to our promotions.”

As previously revealed, there are three versions available for both the Korean and Chinese albums, A, B, and Private. The “Private” version is the specific one that includes photos taken by the members themselves, as well as commentary about each of the songs.

See Also: EXO Shares Which Idol Groups Have Been Keeping Them On Their Toes And Message Behind Their Music 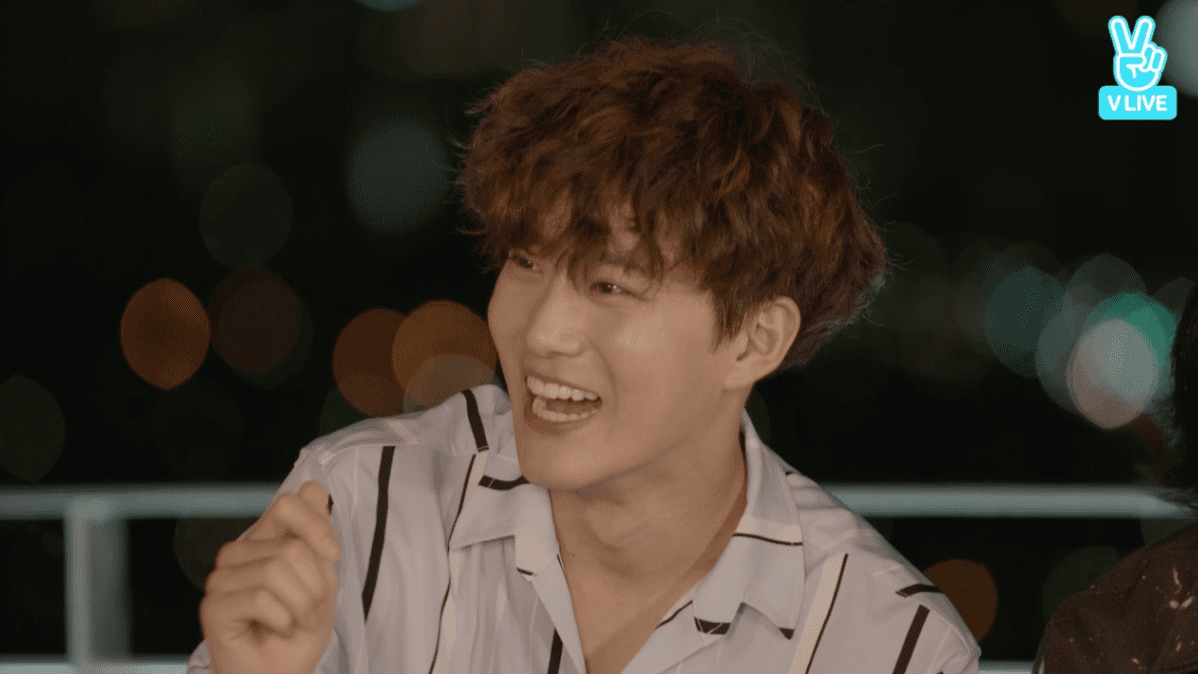 EXO recalled how while they were filming the music video, each of the members were given an analog camera and went around taking pictures of each other during breaks and such. Leader Suho, who recently gained an interest in photography, expressed, “A lot of the photos I took were included…it’s the first time I’ve ever shot with film, but the pictures came out so well.”

The group also gave a closer look at the nine tracks that are included in their “The War” album. As they listened to a small portion of each track, the members added their own comments as well as revealed some interesting facts.

Overall, EXO appeared extremely pleased with the entire album, as they continued to express their satisfaction. About their title track “Ko Ko Bop,” Sehun said, “When the members first heard it, we were like, ‘Wow, this is so nice.'” He went on to explain that it might be his favorite out of all of their title tracks over the years, and how he thinks the song suits EXO. 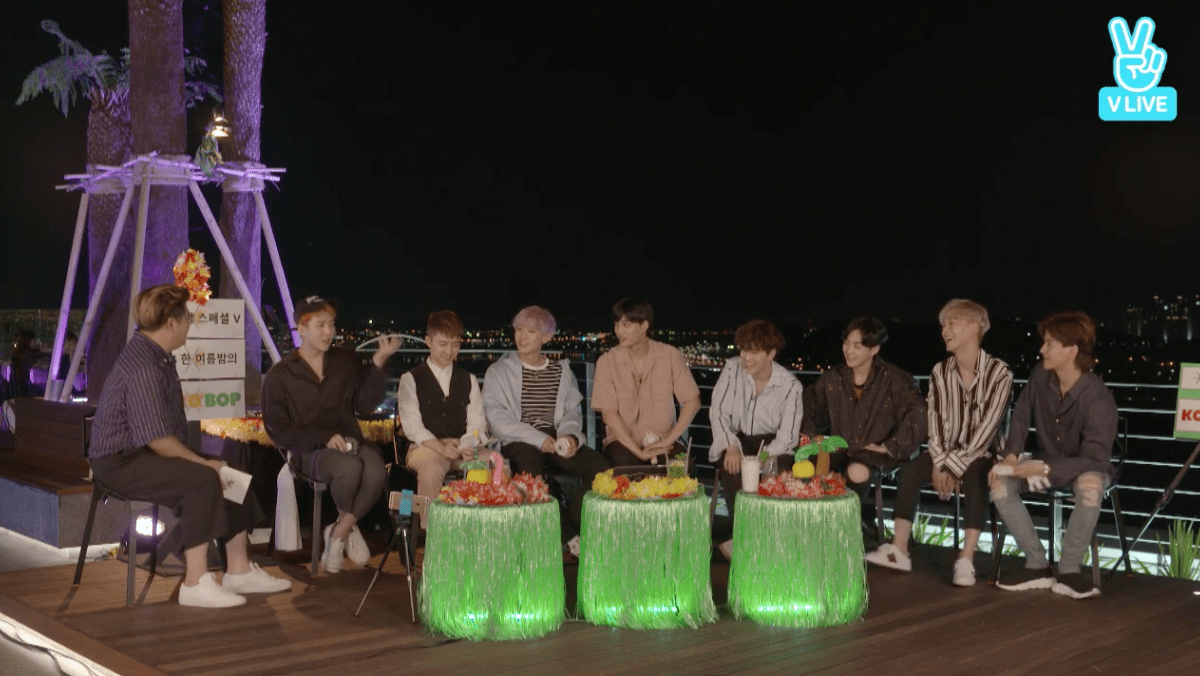 As one of the lyricists of the track, along with Chen and Baekhyun, Chanyeol explained a little more about how “Ko Ko Bop” is a phrase that encompasses the overall feeling of “let’s have fun dancing to the rhythm of the music.” The rapper also showed a great liking towards b-side track “Forever,” and discussed the juxtaposition of a powerful backtrack and the more cheerful lyrics. “I think that this type of song suits EXO the best. It has an addictive quality to it,” Chanyeol elaborated. He took part in the making of “Chill” as well, not only writing the lyrics, but also personally directing the recording of rap portion.

Chen also opened up about “Touch It,” which he wrote the lyrics for. He stated, “It talks about a man who nervously doesn’t know what to do at every little movement made by a girl he likes.” He went on to explain that he thought about how the fans react to every little thing they do, and in gratitude, he wrote lyrics thinking about what it would be like if their roles were switched. 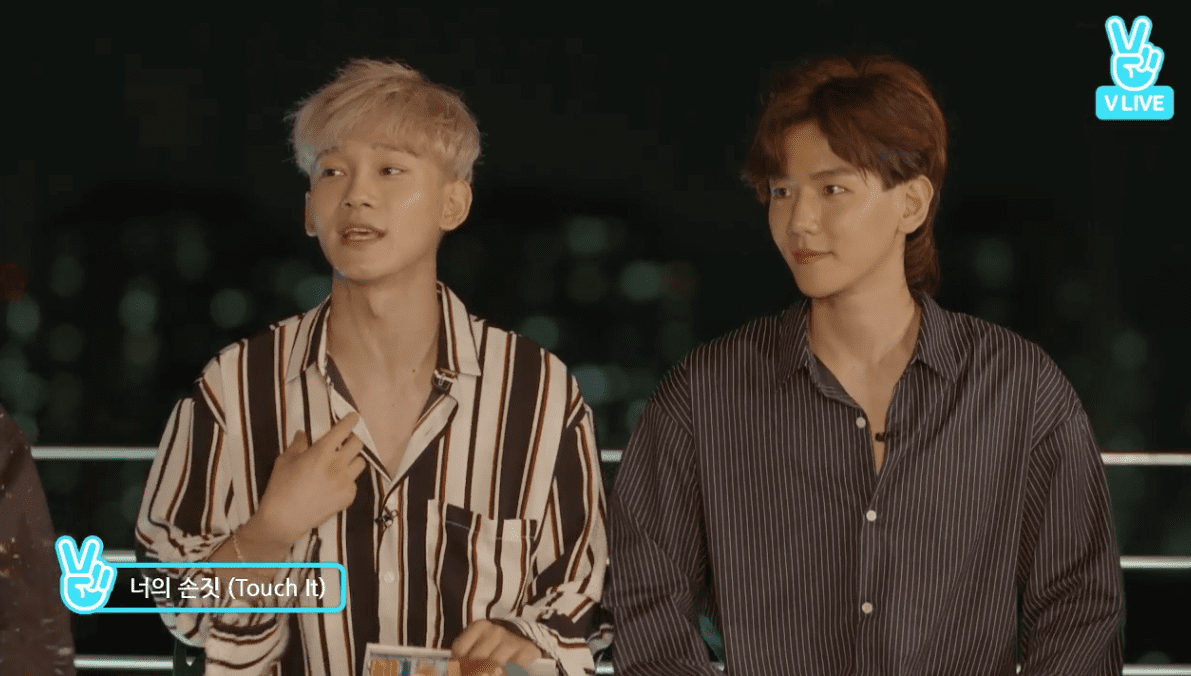 During the broadcast, EXO watched their own music video for “Ko Ko Bop,” and shared fun little tidbits, like how the license plate including EXO-L’s anniversary date was a detail suggested by the members themselves. They also revealed that it took three days to film everything.

As for the overall storyline, the group clarified, “It’s not so much that there is one exact explanation, but it’s open to interpretation.”

Baekhyun offered his view, and pointed out, “”We fell from outer space…[and there are] scenes where we transform from aliens to humans. That scene where we’re all lying down on the grass is when we first fell from space.” Earlier during the broadcast, the singer had said that “Ko Ko Bop” marked the beginning of their descent to Earth, and how their powers humanize as they become normal, unlike how their previous music videos showed “their past.”

“We’ve always had powers, but if you watch the music video, we are all using the most basic form, you could say level one, of our powers, when they were really weak,” Kai chimed in. 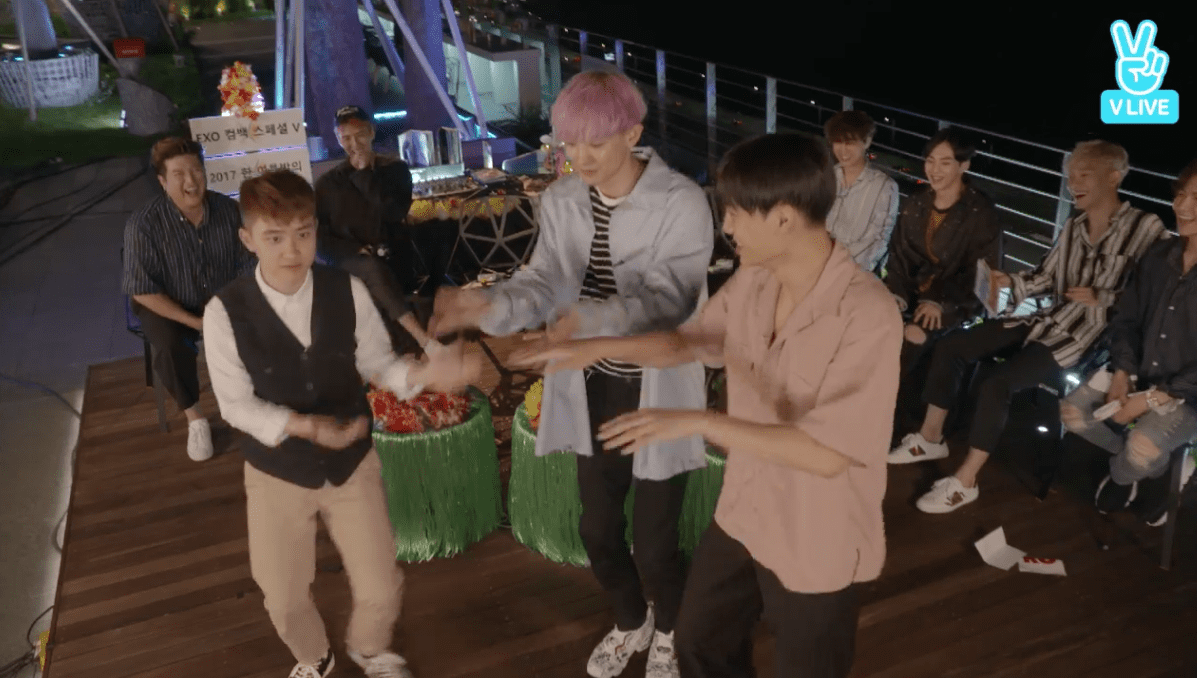 In addition to all of this, the members opened up about their eye-catching new hairstyles, showed off various body contortion talents, showed off their best dance moves—as well as yet another spoiler for a future performance involving the members pairing off—, and so much more during the live show.

Meanwhile, EXO will be appearing on a series of broadcasts on July 19 as well, and will be performing title track “Ko Ko Bop” and b-side track “The Eve” on their first music show appearance on the July 20 broadcast of “M!Countdown”!