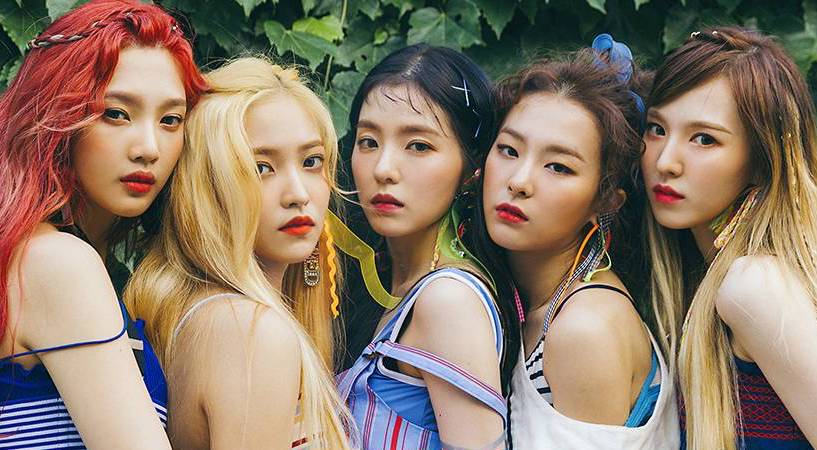 On July 18, Billboard released its charts for the week ending in July 29. Red Velvet has come in at No. 1 on the World Albums chart with their new mini album “The Red Summer,” featuring the title track “Red Flavor.”

This is the third time that the girl group has charted at No. 1 on the World Albums chart, and they now hold the record for the most No. 1s among K-pop girl groups! Their previous releases that hit No. 1 were “The Red” and “Rookie.”

“The Red Summer” has also come in at No. 8 on this week’s Heatseekers Albums chart.

Block B’s Zico new mini album “Television” has made its debut on the World Albums chart at No. 3, while G-Dragon’s “Kwon Ji Yong” rises again to No. 4.

BTS’s “You Never Walk Alone” remains on the chart for the eighteenth week overall at No. 12, and BTS has also returned to the top of the Social 50 chart.

In addition, BTS’s remake track “Come Back Home” has come in at No. 3 on the World Digital Song Sales chart, after making its debut last week on the chart at No. 2.

Meanwhile, BLACKPINK rounds off the top 15 of the World Albums chart once again with their mini album “Square Two.”

Congrats to all the artists!

Red Velvet
Block B
BTS
G-Dragon
Zico
How does this article make you feel?