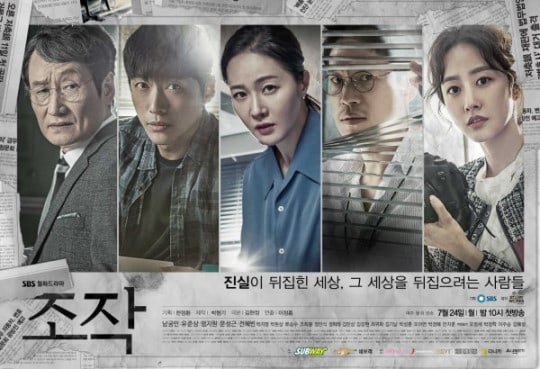 “Distorted” tells the story of people who search for the truth and people who try to cover it up. More specifically, it is a story about those who go against corrupt media organizations. Namgoong Min will be playing the role of Han Moo Young, a righteous journalist who becomes involved in a case because of Han Chul Ho (Oh Jung Se), another journalist who fabricates an article. Other cast members include Yoo Joon Sang, Uhm Ji Won, Moon Sung Geun, and Jun Hye Bin.

In one of the posters, the slogan reads, “A world where the truth is upside down, and people who try to turn it back.” The main cast, Namgoong Min, Yoo Joon Sang, Uhm Ji Won, Moon Sung Geun, and Jun Hye Bin are shown individually, each of them with a solemn expression. 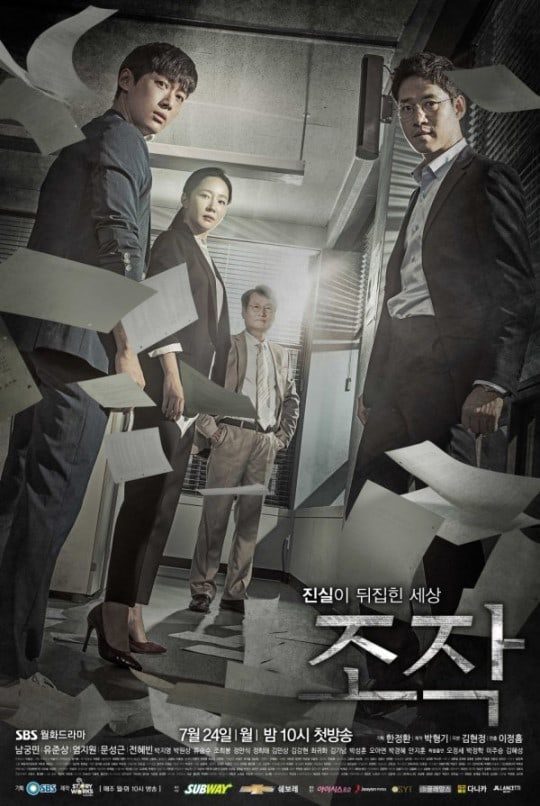 The second poster depicts the conflicting aspect of the drama, as four of the main casts stand looking into the camera while sheets of paper fall through the air. Two of the men standing in front are journalists Han Moo Young and Lee Suk Min (Yoo Joon Sang), who will be digging deep into the truth with the help of honest prosecutor Kwon So Ra (Uhm Ji Won). Moon Sung Geun, who is standing straight across in the poster, will be playing evil Goo Tae Won, the one who tries to cover up the truth.