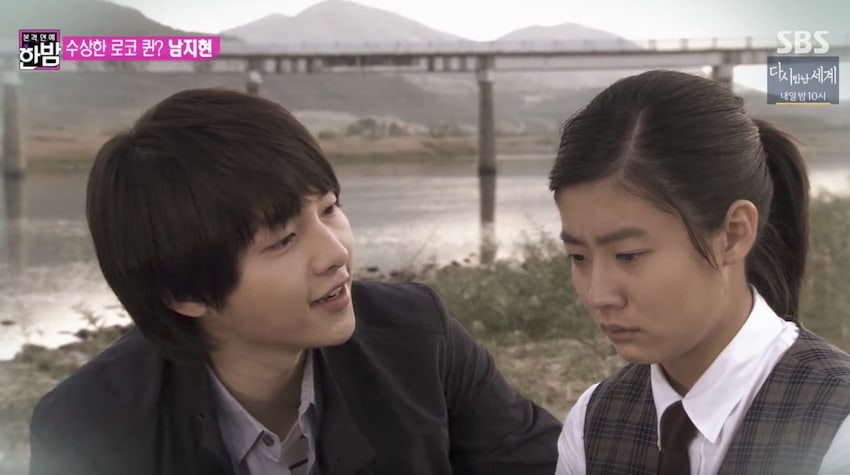 Nam Ji Hyun Talks About Acting With The Song-Song Couple

On July 17, Nam Ji Hyun starred as a guest on SBS’s “Night of Real Entertainment.”

The clips that played her first TV appearance and earlier works showcased the many top actors and actresses she previously worked with, such as Kim Soo Hyun, Song Joong Ki, and Song Hye Kyo.

She acted alongside Song Joong Ki as his little sister in “Will It Snow for Christmas?” In regards to working with him, she said, “He really has a sister who is the same age as me. Because of that, he was really good to me, just like I was his real sister.” Nam Ji Hyun also acted with Song Hye Kyo in the movie “Reason to Live.”

Nam Ji Hyun exclaimed that she was fortunate to work with both Song Joong Ki and Song Hye Kyo during her career. The MC joked that Nam Ji Hyun was a point of convergence between the Song-Song couple. Flustered, she said, “If that was the case, that would be insane!”