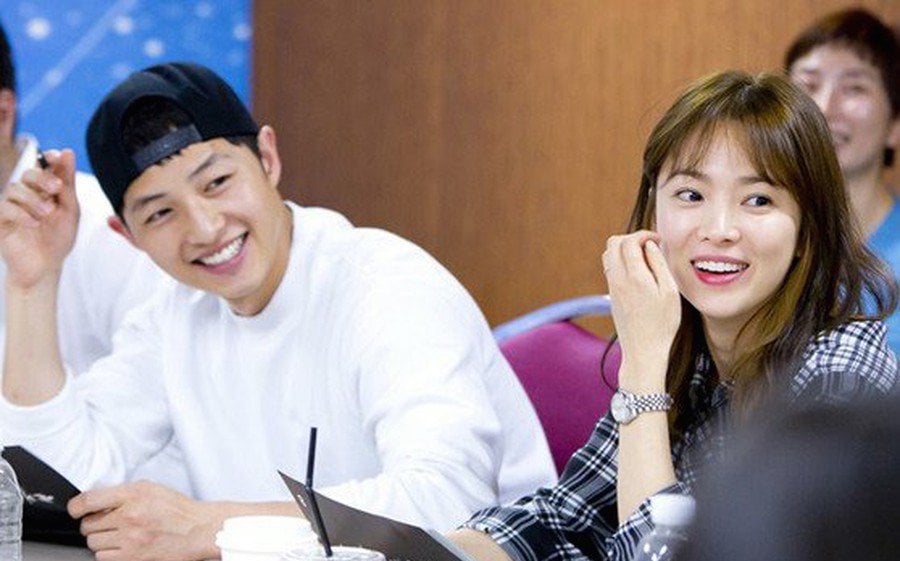 Song Joong Ki is not afraid to express his love for Song Hye Kyo!

During the press conference for his upcoming film “Battleship Island,” the actor expressed how proud he was of his fiancée.

In the past, Song Hye Kyo rejected an endorsement deal with a Japanese company that had used forced labor during the Japanese colonial era. “I found out about this through a news article and clapped on the inside. I would’ve rejected the endorsement deal, too. It’s the logical thing to do,” said Song Joong Ki.

He then added, “The woman who made that decision is now the person I love.”

Meanwhile, “Battleship Island” follows the story of approximately 400 Koreans in the Japanese colonial era who try to escape a forced labor camp on Hashima Island. The film will premiere on July 26.