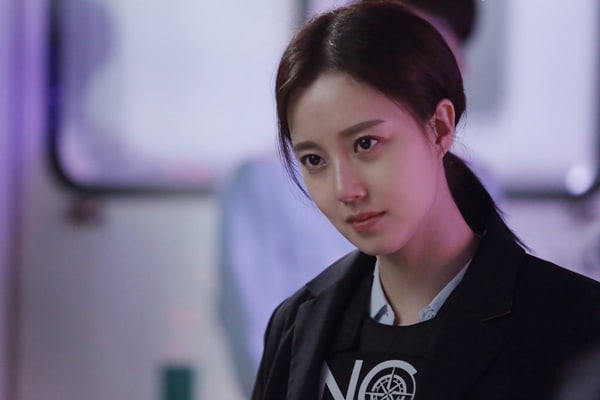 On July 19, at a production press conference at Gangnam Imperial Palace, Moon Chae Won let fans in on how she prepared for her action-packed role in the upcoming tvN drama “Criminal Minds.”

“You learn how to do action scenes while you’re on set and getting hurt,” she said. “To better prepare myself for the role, I found an action school and began training. That way I could bring more reality to my action scenes instead of learning only the moves required for each scene.”

Moon Chae Won continued proudly, “At first I was really scared I would get hurt. But once I got going, all of my worries disappeared.”

Moon Chae Won stated, “The SBS program ‘I Want to Know’ has a lot of real-life profilers on the show, so I watched lots of videos to see how they really behave. When you watch videos of them interviewing criminals, you can definitely see what kind of personality and mindset they have. I’m trying to incorporate that into my role.”

“Criminal Minds” delves into the psychology of criminals as revealed by criminal profiling and will depict the process of catching a serial killer. The drama is a remake of the American drama of the same name, and is scheduled to air its first episode on July 26.