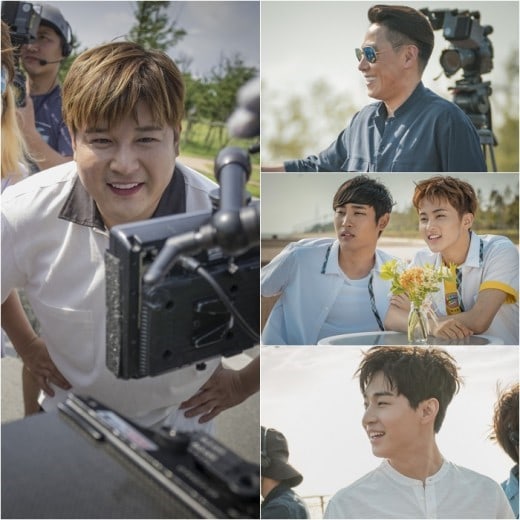 Super Junior’s Shindong has stepped up as director!

On July 20, sources from Mnet’s “Snowball Project” revealed that the music video for “Lemonade Love” was directed by Shindong. “Lemonade Love” is the upcoming collaboration between Parc Jae Jung and NCT’s Mark as part of SM and Mystic Entertainment’s project music variety show.

According to the sources, Shindong took the lead in both direction and editing of the music video. The singer is quite active as a music video director, having formed a music video production company with three friends. The company recently produced Shindong’s collaboration with UV for SM Station, “Marry Man.”

The music video for “Lemonade Love” will tell the story of two friends and classmates, played by Parc Jae Jung and Mark, who fall in love with a part-time worker at a lemonade truck cafe. Comically, Mystic’s Yoon Jong Shin will be playing the owner of the cafe, and Henry makes an appearance as well.