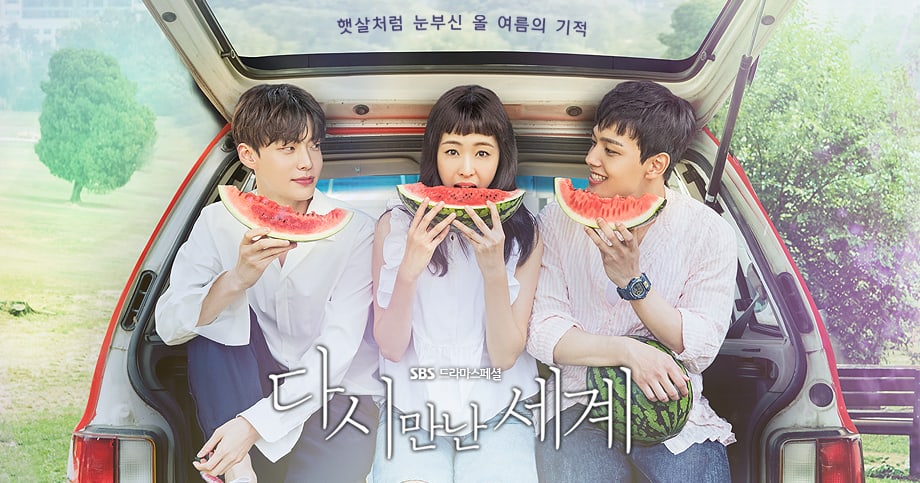 First Impressions: “Into The New World” Brings A Fresh Take On Fantasy Dramas

Originally, I wasn’t going to pick this drama up because I was getting a bit tired of time-travel-like dramas, but when I heard Yeo Jin Goo was going to be in it, that was hook, line, and sinker for me. And, according to the drama PD, “Into the New World” “isn’t a time travel drama.”

Spoilers will be rife, so proceed accordingly! 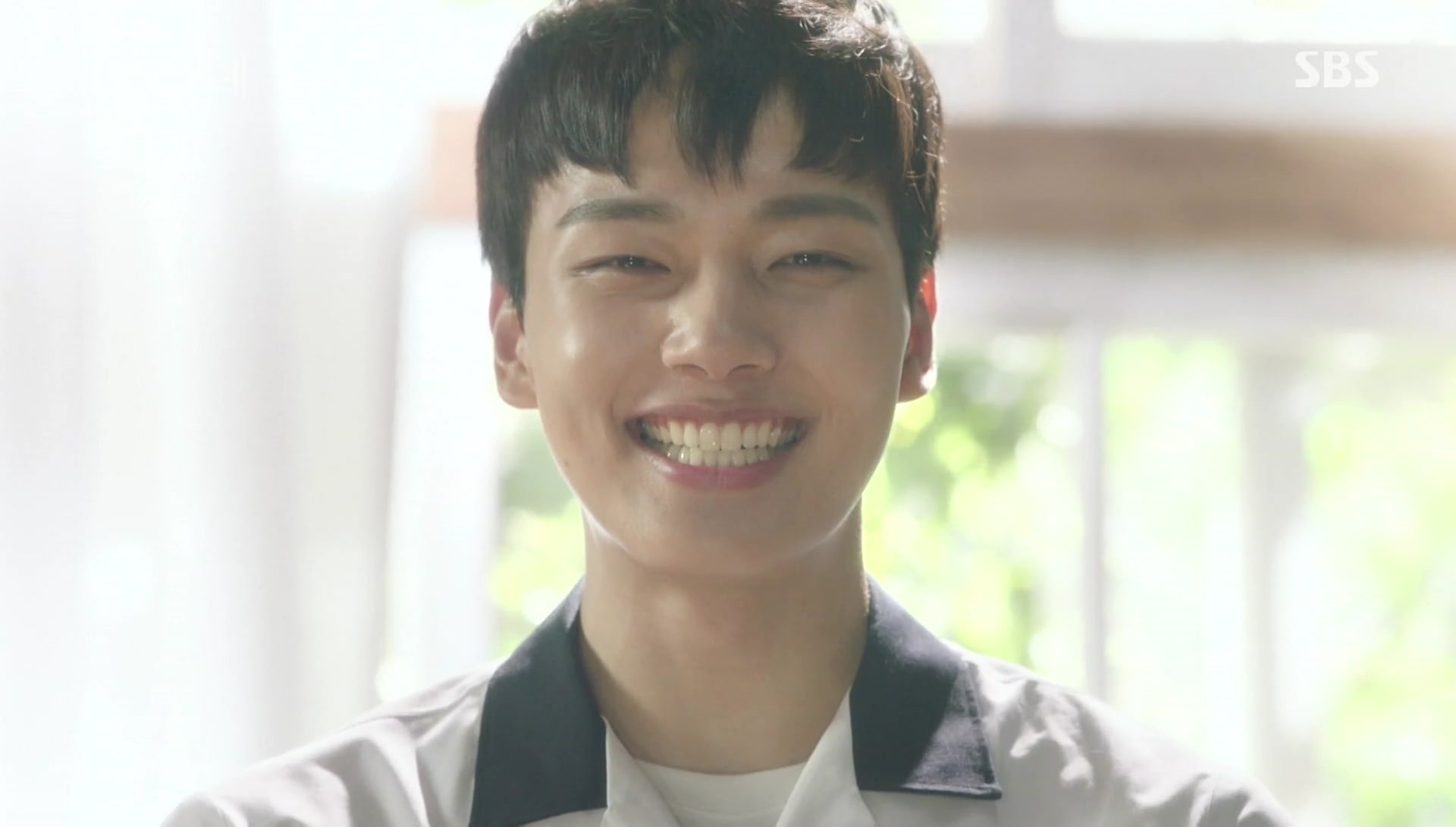 Who can resist that smile? *melts*

“Into the New World (Reunited Worlds)” is the latest K-drama in a trend of dramas that really try to break away from the norm, like “Tunnel” and “The Best Hit.” So far, I’m loving it!

“Into the New World” is about two childhood friends, Sung Hae Sung (Yeo Jin Goo) and Jung Jung Won (Lee Yeon Hee), who go from being the same age as children to 12 years apart as adults, 12 years later; Hae Sung dies after an accident when he’s 19, and when he returns and meets his friend Jung Jung Won again 12 years later, he has not aged a day.

While toted as a fantasy rom-com, it’s not your traditional over-the-top wacky with dramatic swoons. There’s definitely a lot more depth to this drama than what that rom-com label provides. It’s unexpectedly thoughtful, with a slight melancholy undertone throughout the episodes. The music is dreamy and whimsical, which I think just makes everything a little bit sadder. In fact, it’s kind of odd, but the cinematography and the whole mood really reminds me of the feeling you get when you watch Studio Ghibli films: light, breezy, and with a touch of something like nostalgia.

And going back to the cinematography, it is absolutely GORGEOUS. It made me of think of lazy summer days, just lying on the grass and watching the clouds go by without a single care in the world. This drama is a nice respite from the roller coaster of emotion that is “Queen for 7 Days” (all I ask for is one ending where my heart won’t go through the wringer, writer! Just one!).

While there are also hints of darker moments, most of it is in the background for now, leaving more room for character and relationship development. Twelve years is a long time, and I can’t wait to see how all the characters will begin to reconnect and find closure on past scars and hurts. This drama is definitely going to be full of feels.

We’ve been introduced to a bunch of people so far, from old high school friends to family. One thing I noticed right away is how Hae Sung (Yeo Jin Goo) blends in so seamlessly with his now older friends. After he changed his clothes, I could almost believe that they were all the same age (in their 30s). It’s odd, because physically, the contrast is there, but Hae Sung has a very mature air about him, which I think helps to close that gap between him and his older friends — at least in the ones he’s met so far.

This may be because Hae Sung a total family man; he’s the mother, brother, and father to his younger siblings. His responsibility and dependability put him beyond his years, but it may also be that his friends haven’t really grown up all that much either, judging from that scene in front of Hae Sung’s grave. 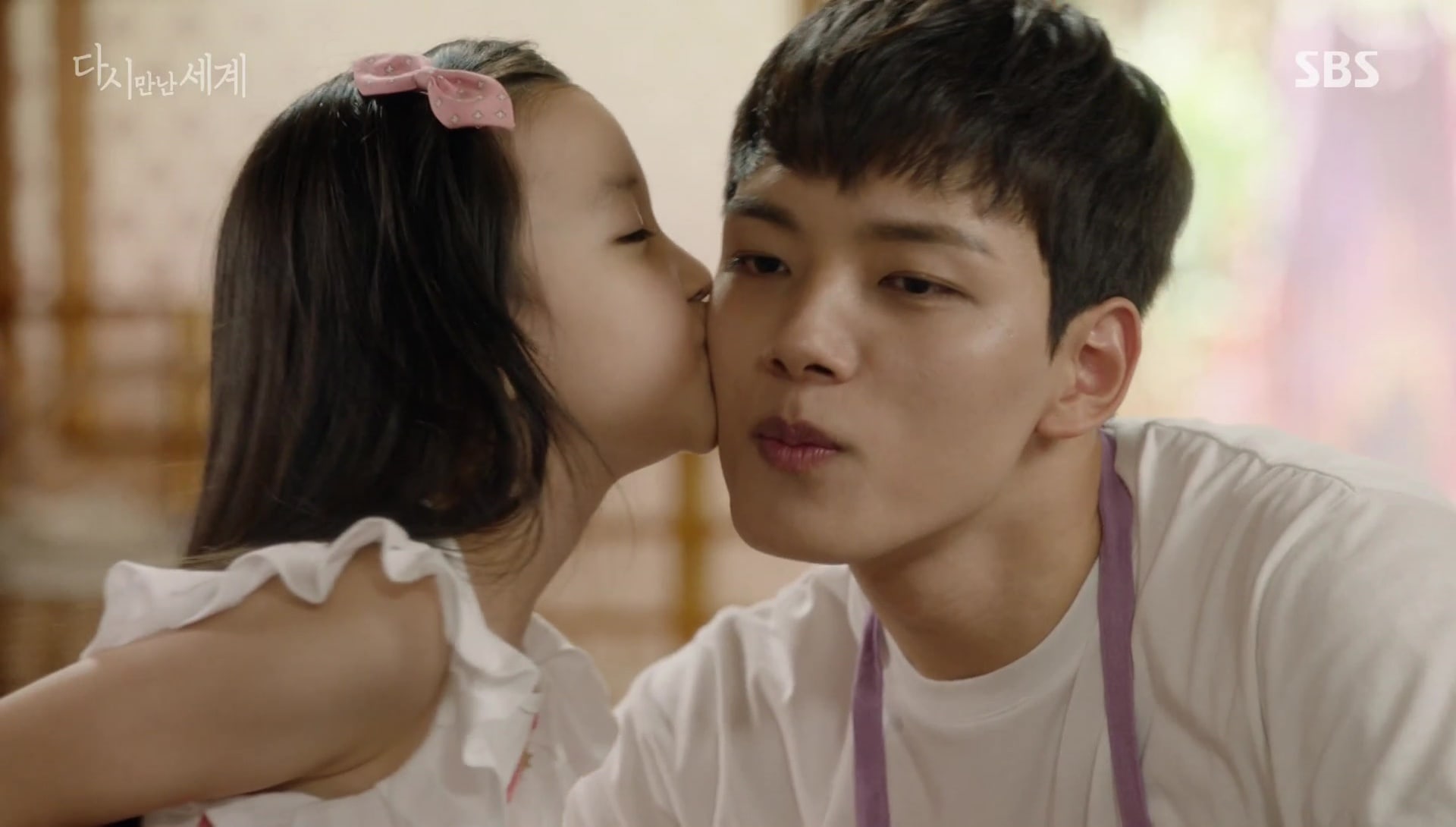 And we can’t forget his superpowers! I wonder how his powers are all tied into his return. What is Hae Sung exactly? Because he technically died and came back from the dead… would he be considered a zombie? I mean, K-dramaland is known for taking creatures that don’t seem too attractive (i.e. goblins and aliens) and turning them into sah-woony leads. But this doesn’t seem like a zombie drama. Is he an angel? Or has he just been given another chance, and the superpowers are simply a result of coming back to life? And why now? Questions to ponder indeed.

Doesn’t her hair remind you of Kongshim’s hairstyle? I think her bangs are kind of cute!

Despite these burning questions about Hae Sung, I think Jung Won (Lee Yeon Hee) is also a very interesting character in her own right. First of all, I love how her spunk has carried over from her youth. (And is it just me or does she look sort of similar to her younger counterpart?) Secondly, I feel Hae Sung’s return will have the greatest impact on her. All these years, she thought his death was her fault, and now here is the person whose death she thought she caused telling her it wasn’t her fault. While that might not bring full closure to the issue, I think that’s the starting point in her journey to healing. I thought it was really sad that she decided to become a chef not only because Hae Sung had wanted to, but also out of guilt. I hope with his return she’ll be able to do what she wanted to do in life and have another chance at living it without the burdens of the past.

And lastly, there’s Cha Min Joon, played by Ahn Jae Hyun, who is the rival for Jung Won’s affections in this drama.

His appearance was pretty brief in the first four episodes, or it might have just been that I only had eyes for Yeo Jin Goo. In any case, I’m not exactly swooning for him, but he seems like a nice, sweet guy, and I’m sure there will be some hijinks and heartbreaks later on. I think the biggest advantage he has over Hae Sung is that he is Jung Won’s present age, and represents the present, while Hae Sung represents the past and all the devastating baggage that comes with it. But I also think that’s exactly what could be Min Joon’s biggest disadvantage as well, because the present for Jung Won isn’t all sunshine and roses, either.

There are still more questions to be asked and answered, and I’m sure we will get to all that in due time. But for now, it’s more about the resurgence of past memories and hurts that never really left, and picking up the pieces. Going into this drama, I wasn’t really sure what to expect. The teasers I saw made it seem more like a melodrama, but when I read the basic lowdown, it was labeled as a rom-com. There are definitely light-hearted moments sprinkled throughout, like any rom-com, but it has the vibes of a coming-of-age drama. Not quite sure if the plot will head that way, since we have a murder case — as seems to be the norm in rom-coms these days — and our hero is the only one who can really come-of-age at this point, but nonetheless, I am definitely excited for next week!!

In the meantime, here’s some more pretty cinematography to hold you over until next week:

Hey Soompiers! What did you think of this drama? Are you hooked? Tell us in the comments below!

Soompi Spotlight
Into the New World
How does this article make you feel?