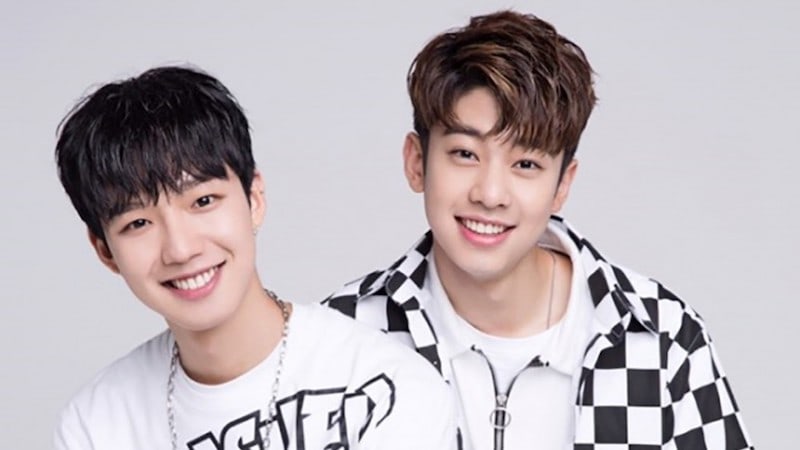 The second track is “I Just Do,” a sweet song produced and composed by Kim Dong Hyun and producer Kiggen. Im Young Min also participated in the lyrics for the track.

The tracklist has been revealed for the pre-release single of Brand New Music Im Young Min and Kim Dong Hyun’s unit!

Dong Ne Hyeong and Won Young Heon have worked on hits such as Davichi’s “Two Lovers,” I.O.I’s “Downpour,” and SEVENTEEN’s “Pretty U.” They shared that the bright vibe of the song fits well with Im Young Min and Kim Dong Hyun and that the duo fully immersed themselves while recording for the track. The producers added, “We do not think that the opportunity for this album was created simply because of the TV program. Young Min and Dong Hyun are ready artists.”

Kiggen wrote “Oh Little Girl” from “Produce 101 Season 2” and NU’EST’s “Daybreak.” His producer notes reveal that Kim Dong Hyun composed the song on guitar, and it was arranged to have a rhythm more fitting for rapping. He ended, “Rather than me providing help as a professional, I was able to receive bright and fun energy from the members.”

Check out the tracklist below! 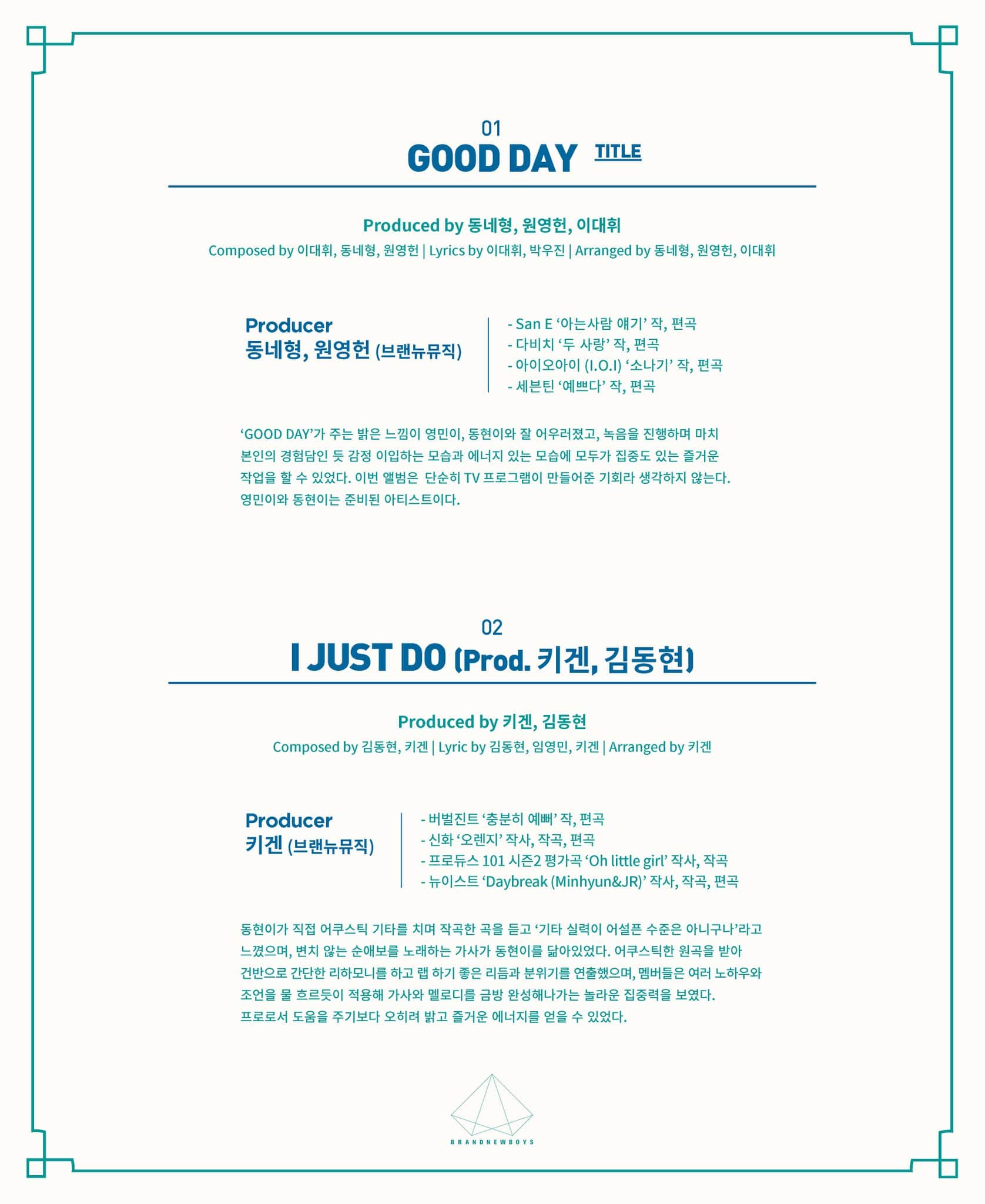 The design was revealed through their official Twitter, showing how the letters “MXM” come together to create their new logo.

Meanwhile, the group is set to drop their pre-release track on July 27 at 6 p.m. KST. 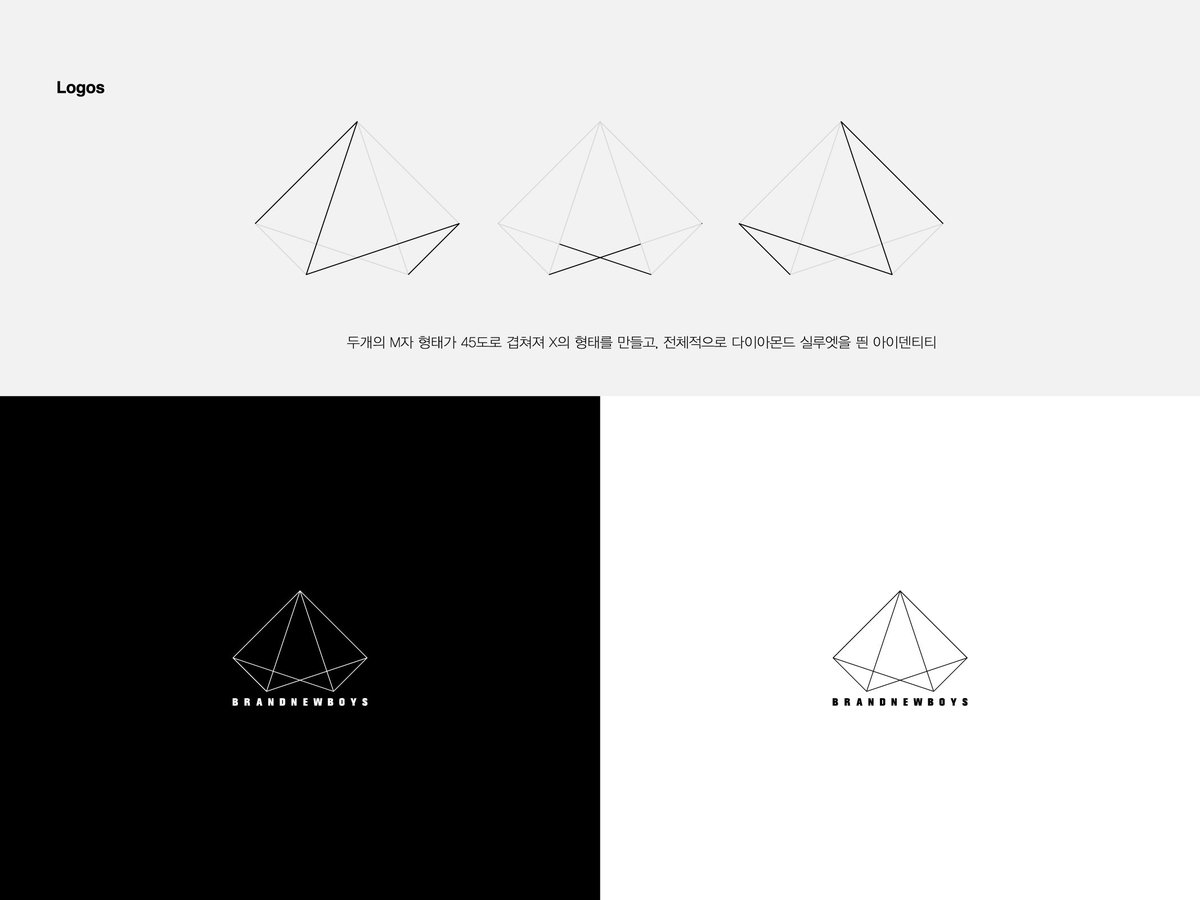 The duo appeared alongside fellow Brand New Music trainees Lee Dae Hwi and Park Woo Jin on “Produce 101 Season 2,” during which all four of the talented young artists gained a huge fan base. Lee Dae Hwi and Park Woo Jin grabbed spots in the final 11 and will soon be making their debut as members of Wanna One, and it was recently announced that Im Young Min and Kim Dong Hyun will be forming a unit to make their debut as well.

On July 21, Brand New Music revealed that the pair’s unit name will be MXM (BRANDNEW BOYS). “MXM” stands for both “MIX & MATCH,” meaning that the two members will be combining their charming qualities to present themselves with a new charming quality, as well as “MORE X MORE,” which signifies how they’ll be continuing to develop together.

A representative from Brand New Music has stated, “Im Young Min and Kim Dong Hyun are really putting their heart and soul into preparing this album for their fans who are waiting for them.”

Brand New Music founder Rhymer and fellow hit producers at the agency have all taken part in creating the duo’s debut pre-release single, which will be released on July 27 at 6 p.m. KST via online music sites.

Brand New Music
MXM
How does this article make you feel?