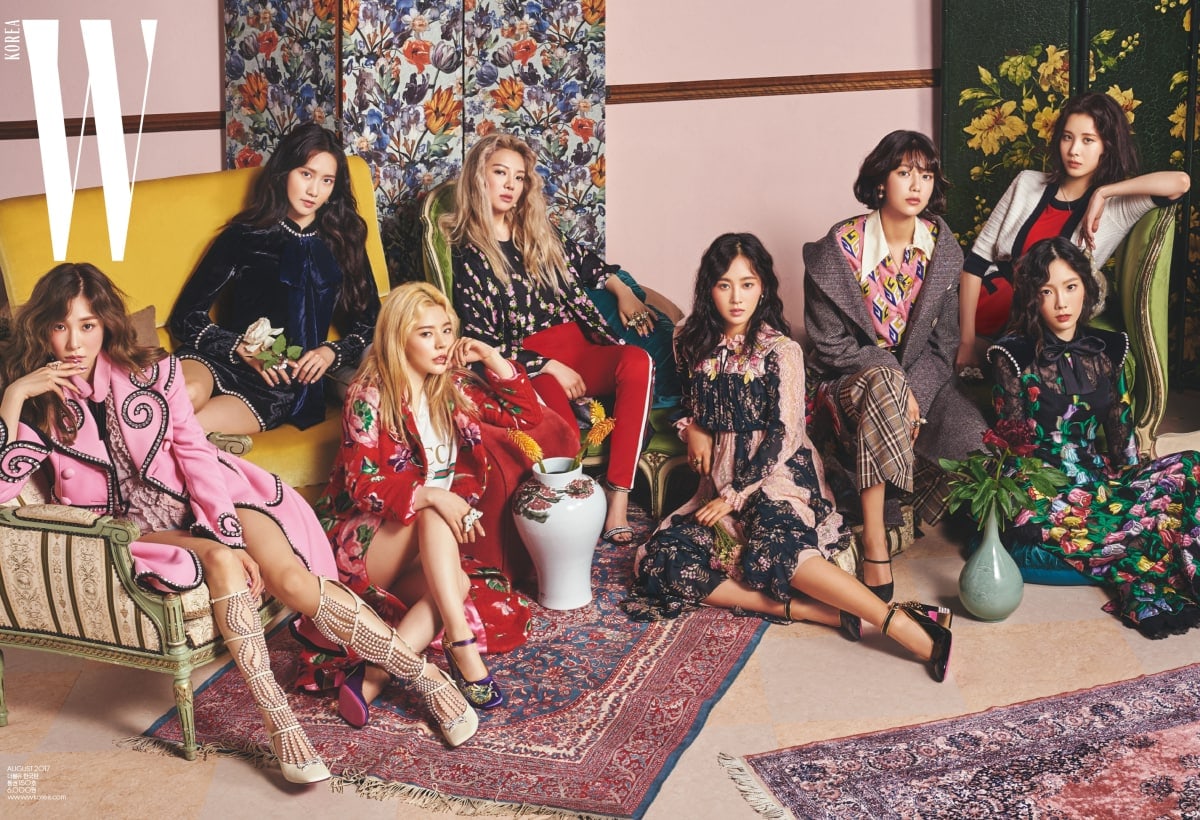 In the interview, titled “A Decade to Remember,” each of the Girls’ Generation members were interviewed about how they’ve changed since their debut, what ‘Girls’ Generation’ means to them, and the highs and lows of the past 10 years. 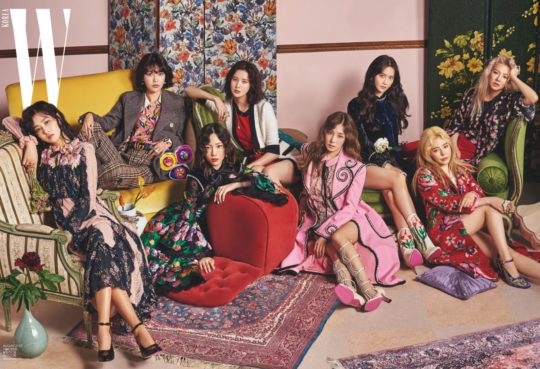 YoonA said, “We all grew and matured through building up experience. We’ve grown comfortable with things that used to make us nervous or awkward. Personality-wise, I think Seohyun has changed the most. She used to be introverted but now she is more energetic and approaches people first. That’s partly due to her own efforts and partly because of the members. Tiffany has improved a lot in Korean and chooses her words well in interviews.”

Sunny dispensed some advice to her juniors in the industry, saying, “I think it’s a good idea to try all the things you want to try, as long as it’s appropriate for your age and you can take responsibility. That’s how you get to know what you’re good at it and what you really want to do. Of course, you have to shoulder both success and failure yourself so it’s not easy to do.”

Tiffany said, “‘Girls’ Generation’ is a place where I learn only good things. It’s an honor that only comes once in a lifetime. It’s destiny. I love Girls’ Generation so much that if I was born again I’d want to be a member of this group again. While preparing for this comeback, we looked back at the videos from our debut. They’re my members, but I’m still impressed how we worked so constantly, trying acting or variety when we weren’t putting out music.”

Yuri said, “[We’ve maintained a good relationship for 10 years] by always being careful. We’re more careful now in some ways than we were 10 years ago. The members and Girls’ Generation are precious to me so we try to hold ourselves above things. When negative things happen, I think that’s the easiest way to be easygoing and get along. We’ve come to a time when we can act like a family and cherish each other.”

Sooyoung said, “What we gained in the past 10 years are memories and experience. If we’ve lost something, it’s time. It might be a contradiction to say we’ve gained memories and lost time, but I think it’s true. However, we’ve gained more than we lost so I don’t regret anything.”

Hyoyeon shared what she most likes to hear from the public, saying, “I’m always hungry for praise. I like all kinds of praise. In the past, I really liked hearing that I was pretty or I’d gotten prettier. Now I like hearing that I have a lot of appeal. It means that I have found my own color.”

Taeyeon talked about the group’s new album, planned for this August. “It was hard to bring out the key point of a short part,” she said. “Maybe it was a result of having promoted solo for so long. I thought a lot about how I could match better with the other members while recording.”

Seohyun talked about her clean-cut image, saying, “I do want to let myself go a little. I’ve always set rules for myself like, ‘I have to go home by this time. I won’t date anyone.’ But I think it was a good thing to live like that so I have no regrets.”

The full interview and pictorial can be found in W Korea’s August issue.